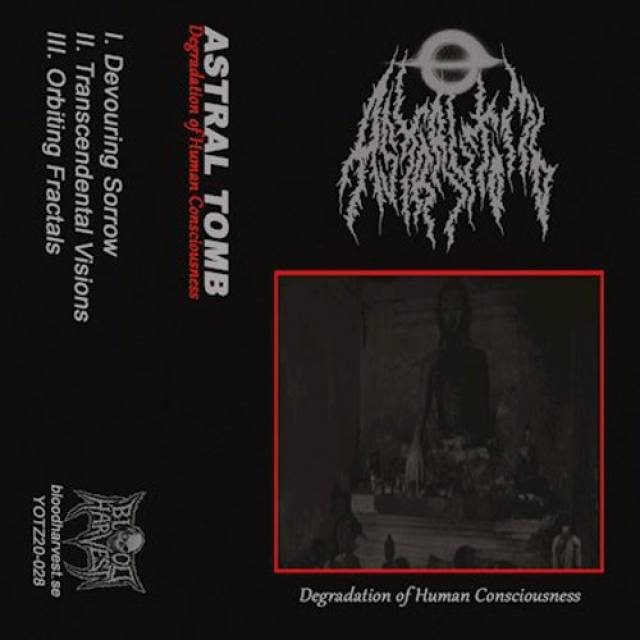 New EP "Degradation Of Human Consciousness" out on January 29th!

As presaged by their track to the Chasm of Aeons four-way split shared with CRYPTIC SHIFT, REPLICANT, and INOCULATION which BLOOD HARVEST released this past autumn, ASTRAL TOMB are all-too-perfectly monikered. Theirs is gross 'n' gooey dredge of deranged death metal that slices and sluices in obscene ways - all at the listener's discomfort, most of all, challenging even the most diehard death metaller. Their first longer-formed recording since their celebrated Subterranean Forms debut demo in 2019, Degradation of Human Consciousness is likewise perfectly titled, for its blown-out yet clanging soundworld consumes the listener's sanity first and then the body whole, spitting it back out - slowly, weirdly, wonderfully - in a manner that recalls both the most clandestine secrets of turn-of-the-'90s tape-trading and a future far off and none so vile.
ASTRAL TOMB have already written your epitaph with Degradation of Human Consciousness - and they're only just begun! 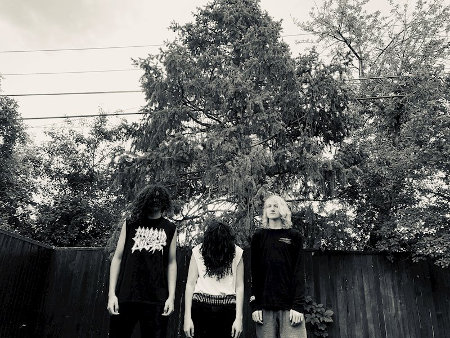