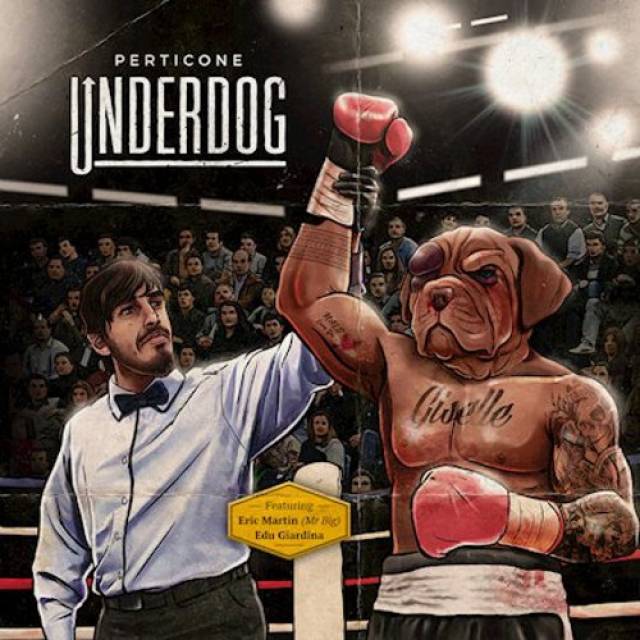 Martin Perticone AKA “Underdog” is an artist from Buenos Aires, Argentina who’s been in the music industry since the age of 13, when he joined the band Fondo Blues as a lead singer and guitar player. Martin played in the Argentinean under circuits for more than 25 years but during the way also got to know many important people in the music industry that led him to become tour manager for artists like Eric Martin from Mr Big in 2007 or even being invited as a guest for Richie Kotzen’s Latin American Tour in 2008.
Martin has also toured around Latin America, USA, Europe and Hong Kong as a hired gun for many different artists until he finally decided to put more efforts on his solo career. That’s how his long-time friend Edu Giardina, a well-known artist in Latin America, would become his producer and mentor for his debut album “Underdog”. The mixture of AOR, Southern Rock and Country makes this album unique and different with amazing and powerful melodies all over the place. The album features guests such as Eric Martin (Mr Big) on both versions of “All You Can Trust” and Edu Giardina on “Man On The Moon”, and brings reminiscences from the late 80’s and 90’s but offers the best of current sounds and trends, too. Steve Overland (FM) can be heard on lead vocals of the track “No One Else (But You)”.
“Underdog” was recorded from March to December 2019 at RED Studios in Buenos Aires, Argentina and mixed and mastered by Guillermo Porro except for the drums which we recorded at Abismo Studios by Gonzalo Iglesias. The artwork was designed by Lucas Puch.
Perticone’s solo career has just begun and in only 2 months from his launch he’s got many followers and listeners from countries like Japan, Sweden, Brazil, USA to name some.

More in this category: « EVIL LAKE OF TEARS »