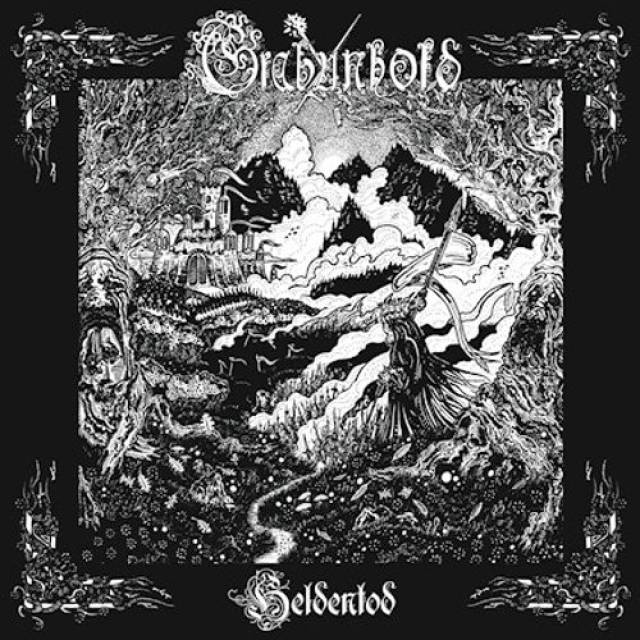 It was but September 2019 when GRABUNHOLD released the mini-album Unter dem Banner der Toten for IRON BONEHEAD. Justifiably celebrated, here did the German quartet poignantly prove that '90s black metal classicism could indeed come from the modern era. In fact, despite invoking a whole host of timeless influences - beyond the wandering moon, an arising realm upon a shadowthrone, dark waters stirring at the dawn of the dying sun - GRABUNHOLD processed them in such an undeniably Teutonic, swords-drawn way that was not only wholly their own, it was wholly refreshing.
Wasting no time with this enviable momentum, GRABUNHOLD return little more than a year later with more medieval madness: Heldentod, their full-length debut. Just as spellbinding as the preceding EP but even more expansive, Heldentod immediately creates a compelling canvas that's simultaneously tied to tradition and pushing that tradition further. Its songwriting and attendant soundfield suggest strong second-wave vibes - silent citadels, sequestered keeps, dark dungeons - but never whiff of retro posturing or ham-fisted revisionism; rather, their invocation runs parallel to the Old Ways, fluently speaking the ancient dialect instead of stunted pidgin. In other, more telling ways, Heldentod strikes upon braver and less-travelled territory, bristling with a sparkling sort of production that's palatable in its almost-crystalline sheen and befitting the album's contents. Here, GRABUNHOLD maintain a more solemn aspect - more "pagan," if you will - that's given spectral flight through cascading melodicism and an integration of choral vocals, perhaps most stirringly encapsulated in the Spartan hymn "Trommeln in der Tiefe." Elsewhere, the fire of old burns hotter than ever, with the band's bravado amplified by the powerful 'n' pro production. 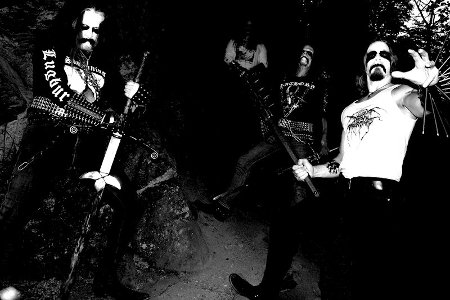