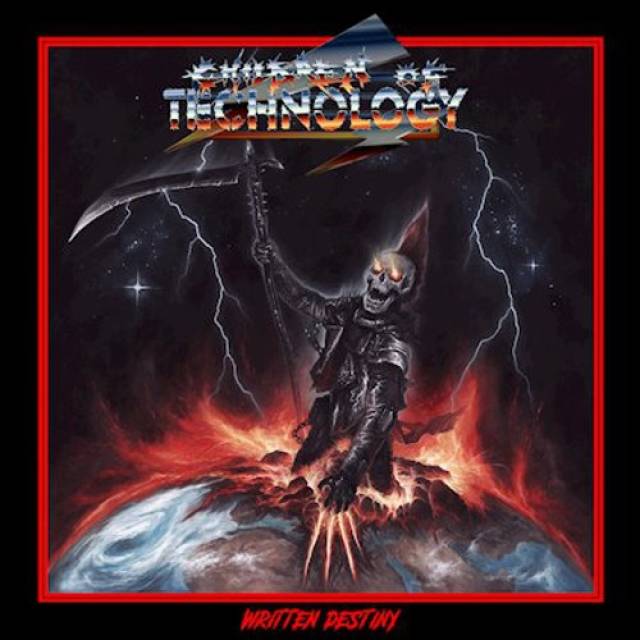 It's been six long years since CHILDREN OF TECHNOLOGY released their now-classic second album, Future Decay, through HELLS HEADBANGERS. In that time, the Italian speed metalpunks have been busy cruising the post-apocalyptic wasteland, searching for ammo and gasoline. In the interim, they released a career-spanning collection of singles and splits, Apocalyptic Compendium - 10 Years in Chaos, Noise and Warfare, preparing for an even crueler future. Indeed, in these days of the Coronavirus pandemic, that future has arrived...
All the more fitting, then, that CHILDREN OF TECHNOLOGY return to rule that wasteland with their third full-length, Written Destiny. The death squad firmly established by DeathLörd and Borys Crossburn (BARBARIAN) has seen the new entry of Dee Dee Altar (Bunker 66), thus shaping a power-trio in the most classic '80s way. And compared to the COT's already-considerable catalog, this Written Destiny dashingly and dangerously powers headlong into the '80s underground, more resolutely upping the METAL in the crusty equation and spitting out eight new anthems that are equal parts gleam and grime. It's almost as if the power-trio took their well-worn tank, scrubbed some of the rust off, and gave it an engine pumped full of nitrous; this album simply CHARGES! Not surprisingly, the band's influences this time around are squarely focused on early Onslaught, Warfare, Venom, Anti-Cimex, Nuclear Assault, and Sacrilege UK - but what results is 666% CHILDREN OF TECHNOLOGY, with a charisma that's undeniable, and undeniably their own.
"Six years have passed since Future Decay," says DeathLörd, "a long period of time busy with raids all across the wasteland to scrape fuel for our supplies and records for our collections. Still loyal to our roots, we keep walking the ridge between metal and punk, careless whether that's trendy or not. With such a tight lineup, we have been able to deliver our most intense recordings ever. Harder. Faster. Stronger. Killer."
Suiting for this occasion is absolutely godly cover art courtesy of Velio Josto (Riot, Enforcer, Cruel Force, Vulture, Ostrogoth). Likewise, the vinyl version will come with a bonus 7" featuring an Onslaught cover and a reboot of an old demo song. If ever there was a time for CHILDREN OF TECHNOLOGY to return to rule the wasteland (or whatever's left of it), it's NOW - because it's Written Destiny! 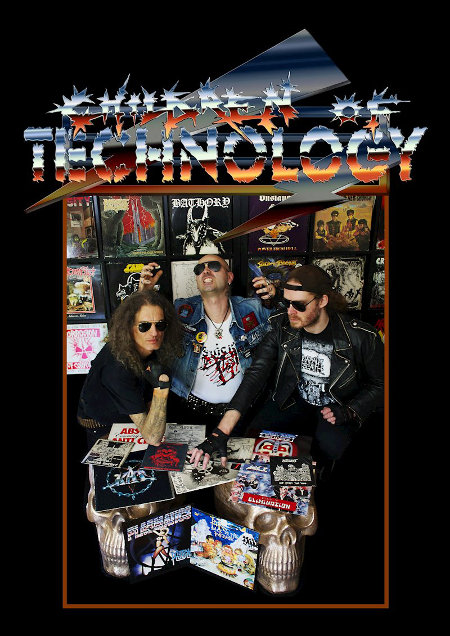 More in this category: « SCARLET AS EVERYTHING UNFOLDS »