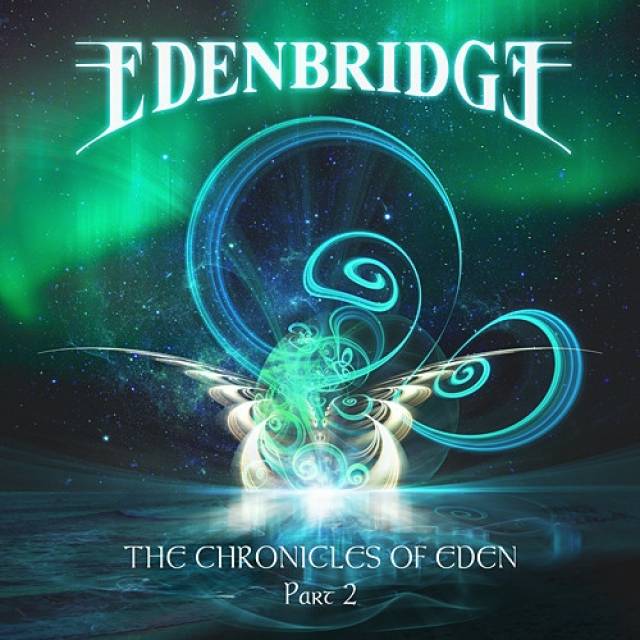 New best of album "The Chronicles Of Eden Part 2" out on January 15th!

After the first retrospective The Chronicles Of Eden (2007), Edenbridge, one of the most unique bands in their genre, delivered their second „Best Of“ album, right on time to their 20th Anniversary.
The Chronicles Of Eden Part 2 is the quintessence of the studio albums 5-10 and again it was up to the fans to vote for their favorite tracks of each album. Creative mastermind/multi-instrumentalist Lanvall: „The voting was not a major surprise and is more or less identical to the songs, we would also have chosen. Therefore 4 tracks of each album could be covered along with some older all out of print bonus tracks.“
As a surprise, there are 2 new recorded acoustic versions of the hits Higher (over 4 million views on YouTube) and Paramount featured, among the Easter Version 2020 of the song Dynamind, re-recorded by Sabine Edelsbacher. Lanvall: „It was extremely fun to turn Higher into a nearly jazzy piano/vocal version showing a different side of us, formerly unknown. Paramount was one of the absolute fan favorites and so it was near to transform that song too and let it shine in a new light.“
The 150 minutes of the double album cover the big range of the symphonic metal sound and the compositional substance and consistency, Edenbridge has been standing for 20 years. Atmospherically dense compositions, directed mainly by Lanvall and vocalist Sabine Edelsbacher, which combine melodies and grooves, toughness and sensitivity, emotions and intellect, spirit and the subconscious mind in a unique way.
The atmospheric artwork was inspired by a vision, singer Sabine had, linking the spiritual awakening to a Aurora Borealis. Sabine: „After an own spiritual experience a couple of years ago and without an explainable reason, I felt a deep connection to the name Aurora. Subsequently I concerned myself with what the name stands for and relating it now to a heart quality, which might lead us to higher consciousness. Especially when there is a lot of negativity in the room, a possibility for transformation exists, through recognition and acceptance, respectively the self-responsibility for one's own feelings. Edenbridge always followed this path and especially now it is even more important to get into the own truthfulness.“
http://www.edenbridge.org
https://www.facebook.com/EdenbridgeOfficial/
www.instagram.com/edenbridgeofficial