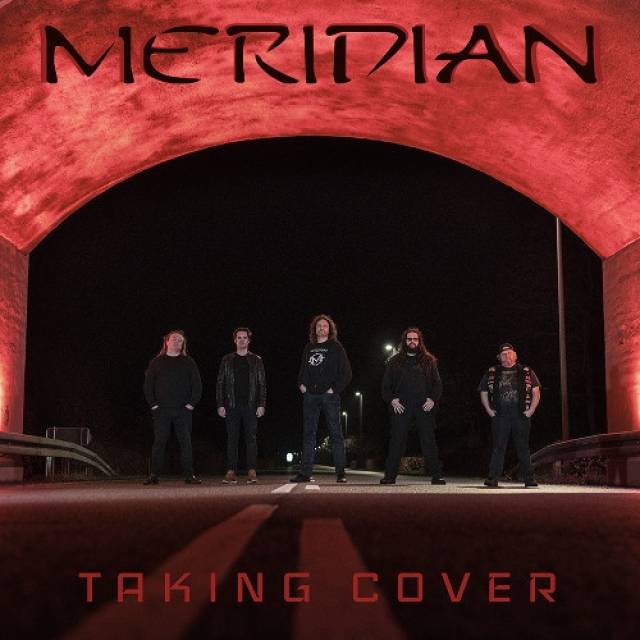 Denmark’s melodic heavy rockers MERIDIAN release today an all-covers EP, titled “Taking Cover”.
Each member of the band picked one song for the EP, one track that influenced his tastes and made him somehow pick up the instrument and form a band.
Why covers? - Just for the fun of it!
It happens to most bands. It certainly happens a lot in this band. Warming up at rehearsals someone starts playing a cool riff from the good old days. – Everybody joins in on the jam and 30 seconds later everybody stops, laughs and someone says “That’s a cool song. We should make a cover of that someday”. Most often, that day never comes, but sometimes it does. Last year when the band finished recording the “Margin Of Error” album, one of the songs reminded Mighty Music CEO, Michael H. Andersen, of one of the greatest Danish bands from the 80’s, Skagarack, - and he suggested the band should do a cover of one of their songs.
The idea stuck for a while, and the band decided that once they gathered in the studio, they could just as well record a couple of songs and make a covers EP - just for the fun of it! Choosing the songs was not easy. Every discussion always ended with over 20 good suggestions. So the band applied some rules. Each member should pick one song, and nobody could argue against it. So here we are, with six classic rock and pop songs from the 80’s, grinded through the Meridian machine, twisted a little bit to suit the Meridian sound and playing style, but still paying respect to the well-known originals.
"Taking Cover" tracklist:
1. Hungry For A Game (Skagarack)
2. The Sun Always Shines On TV (A-Ha)
3. Shadows Are Falling (Randy)
4. Out In The Fields (Gary Moore & Phil Lynott)
5. Why Can't This Be Love (Van Halen)
6. Easy Lover (Phil Collins) 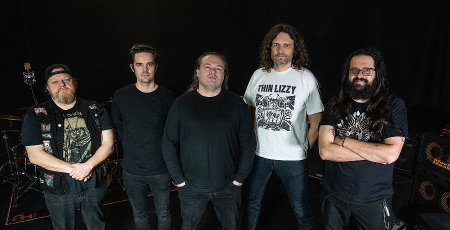