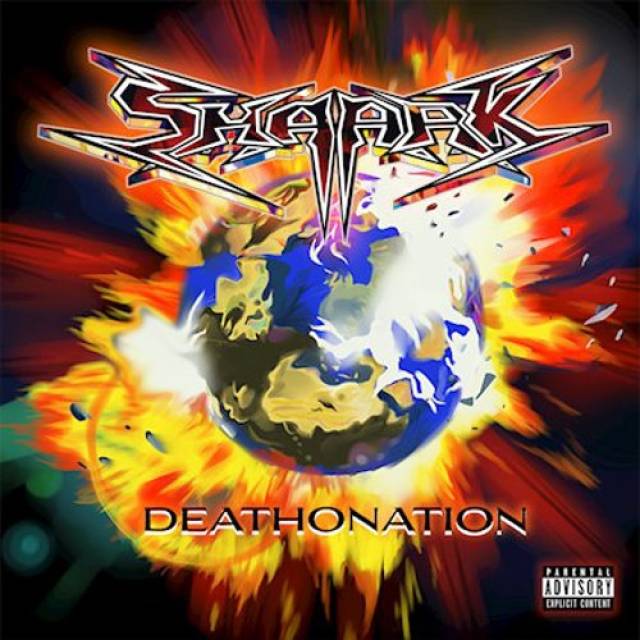 Hailing from Bzenec, South Moravia, SHAARK was formed in 1991 from the heavy metal band Mamut. They played their first official concert in the same year at the Monster Festival in Klatovy. After three demo cassettes, the five members - Petr (vocals), Alex 93 (guitars), Trachta (guitars), Zdenál (drums), and Bája (bass) - released their debut Sinn Fein in 1995, and this debut album was also supported by the music video "Cannibal Rock."
During the summer of 1996, SHAARK recorded the album Propaganda, and in the autumn, for the compilation 10 years after, they recorded a tribute to Cliff Burton with a cover version of Metallica's "Whiplash." Both recordings were released the following year, when the band participated in the New Rock Generation competition, in which they advanced to the semi-final.
In 2000, second vocalist Peroon 666 joined the band, and until 2005, SHAARK performed as a six-member lineup with two singers onstage. The first record where Peroon participated was Suicidal Society. To support this album, a music video for the song "The Black Garb" was also made.
In the summer of 2001, Tracht was replaced by guitarist R.A.D. from the band Hypnos, and at the end of the same year, a six-track promo CD was recorded.
So far, the most recent album Again With Hatred was recorded in 2005. Former member R.A.D., who was replaced by guitarist Miguel, and singer Petr (who left the band due to workload at SHAARK Studios) also took part in it. The album was released in 2006.
Alex and Zdenál did not participate in the tour to support this album due to their duties in Master. They were represented by R.A.D. and Skull from the band Bad Face.
SHAARK has performed several times as a support band of well-known thrash metal formations, such as Germans Sodom (2000, Bzenec) and Holy Moses (2003, Uherské Hradiště) or Americans Exodus (2004, Prague and 2006, Brno) and Testament (1999, Prague).
In 2019, Alex and Zdenál left Master, which freed their hands so that they could focus on SHAARK again. Skrblík and guitarist Trachta will no longer take part in the new beginning due to their busy schedules, so that is why the band continues in 2020 as four members; they practice hard for concerts and for the new material for the fifth record.
The new material on this record, which is called Deathonation, was recorded in the spring of 2020 in the SHAARK Studio in Bzenec with the following lineup: Alex Nejezchleba (ex-Master), guitars; Zdeněk Pradlovský (ex-Master), drums; Radek Bája Kutil (ex-Krabathor), bass; and Ctibor Peroon666 Palík, vocals. 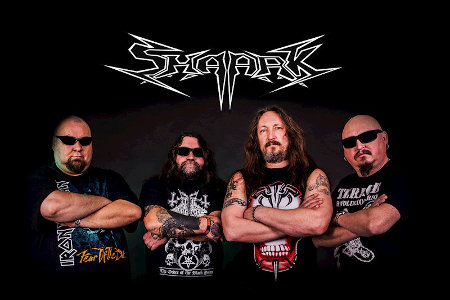