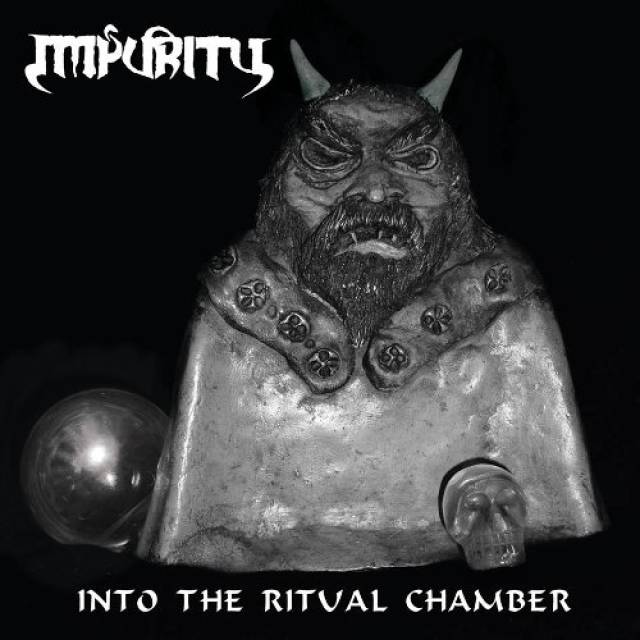 "Into The Ritual Chamber" reissued on November 6th!

After exhaustive reviews of the release catalogues from many classic Brazilian extreme metal bands, including Sarcofago, Holocausto, Mutilator, Vulcano, and Sextrash, the Florida-based label now turns its eye into one of the most extreme, dark, and mythical bands in Brazil’s rich and diverse metal landscape.
Into the Ritual Chamber was IMPURITY's second album and was originally released in 1996 by Cogumelo Records on CD only. Despite being released only in Brazil, over the years the album found its way to all corners of the world, captivating maniacs with its doomy, Black Metal assault.
Thematically, Into the Ritual Chamber is certainly a departure from typical Black Metal. Its focus lies entirely on a Latin American mystical journey, delving deep into the entrails of the “Cerro Rico” mountain of Bolivia, where, in the Sixteenth Century, seemingly endless amounts of silver were collected, and where throes of natives perished in the attempt to collect the precious metal. Enslaved by Spanish colonizers, the mine workers would seek protection from the devil, rather than submitting to Christian conversion.
This unique saga is tempered with IMPURITY's signature maniacal Black Metal, which is felt the album over.
In celebration of the album’s magnitude and power, Greyhaze Records presents Into the Ritual Chamber in a carefully restored from original master tapes remaster, housed in a lavish package, including a gatefold sleeve, double insert and poster. The album is also presented as a 7-panel J-card cassette.

More in this category: « FOREIGN EVERTURE »