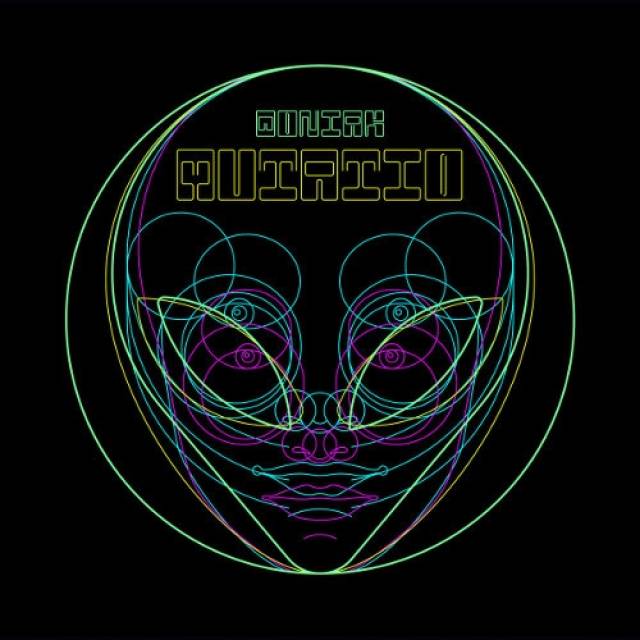 Latin. From mutatus plus the suffix -io. Alteration noun: a change in the appearance, character or structure of something; change noun: the act of becoming different, or the result of something becoming different; revolution noun: evolution, significant changes leading to a serious modification in structure; mutation noun. “A spontaneous modification provoking an extreme disruption of the initial order: this is how we see music deep down”. Vincent Membrez and Lionel Friedli.
First a furious hard-hitting beat, metronomic and obstinate, biting and dislocating. Then one hell of a funky- technoide riff sets in, played on a vintage Moog. Having burnt some rubber, QONIAK can now let rip. And for Vincent Membrez (synth) and Lionel Friedli (drums), “letting rip” means acting like slightly nutty Siamese scientists in a secret lab, randomly turning knobs on a Pro-One 80’s keyboard to see what happens; taking contemporary jazz and cutting it to pieces with a techno-indus blade, math rock scalpel, overlapping tempos and rhythmical breaks gleaned from Meshuggah. With one foot in Area 51, the other in the underground passageways of Stranger Things, “we experiment flat out”, proclaim QONIAK! And desire does the rest.
QONIAK: we hadn’t heard from them since Sentient Beings (2013), an improvised journey through a pixelated universe where Yoda and Dr Spock play Pong tripping on LSD. Their excuse? Vincent and Lionel were weighed down by projects. But they missed their improvised tête-à-têtes, and there were so many compositions waiting – organic, violent and joyous. The abrupt rhythmic modulations of “Scoul” and “Rooin”, in which the world seems to suddenly lose balance, begin to plummet and then miraculously find its bearings. “Bokal” and “Qo” with their immediate and toxic trance beauty, like a flower growing in the midst of a minefield.
As if thrown onto Saturn without assistance, QONIAK recorded 8 tracks live at Artefax Studios. David Odlum was in charge of mixing. The coordinates: 37°14′06′′N, 115°48′40′′W. Watch out, the air is unstable! To venture here is to dive into a video game from the 80s full of aliens, that could have been designed by the brothers Duffer and Carpenter. To stay is to feel your cells vibrate, sparkle, short-circuit and dissolve into a quantic experience.
QONIAK is the story of two friends from high school who hooked up years later at the Lucerne School of Jazz. Two guys bonded by the same taste for improvisation and the dynamiting of conventional formats. They ended up sharing a rehearsal studio in Bienne where, in 2005, they would cloister themselves. Without any clear objective other than the pleasure of making music, of investigating at random and maybe having a laugh at the result, and their love for the boundless keyboard-drums duo of Thomas Lehn and Paul Lovens or the album Dada Da (1993) by Phil Minton and Roger Turner in their sights. And then, almost immediately, something takes hold. A tempo starts up, one of them quickly throws out an idea to which the other immediately responds, the rhythm then abruptly fading away. They are fascinated by what they create together: this musical celebration that is open, complicit, rich, urgent and immersed in an intuitive and debauched spirit of punk-rock. They are captivated by this hypnotic and raw art, close to hymn-like Drone, and they want an audience. It’s a done deal soon after, during an underground concert at the Depobar: an alternative micro-venue in Bienne that is jam-packed with only 30 people inside, and where Lionel’s drums jostle for position with Vincent’s Pro-One. Only before going on stage, they needed a name. “QONIAK” was finally chosen on the back of an envelope. “Qo” because it means “co”; “niak” as it translates the duo’s craving for the loss of senses when the music teases euphoria. The gig in question? A hit. Yet their desire to record an album was postponed due to pending top class collaborations: Pedro Lenz, Greg Osby and Yannick Barman for Vincent. Marc Ribot, Lucien Dubuis and Malcolm Braff for Lionel. Finally together again, they played the rhythm section on Christy Doran’s New Bag, OZMO and dQtc.
Eventually in 2013, QONIAK shut themselves away for a few days at Studio Mécanique in La Chaux-de-Fonds where Sentient Beings was improvised, a sort of eleven-storey UFO jam-packed with weird SF textures on which singer Joy Frempong and guitarist Flo Stoffner made an appearance. Their politics: a deluge of slaps across the face. Their compass: an unconditional, imperative and absolute commitment. Their bond: an admiration of the freedom the duo brings to the stage with their telepathic dialogues, razor riffs, sudden breaks and telluric clashes. It leaves you feeling exhausted and refreshed. Seven years later: great news! MUTATIO has appeared, and Vincent and Lionel are polishing up their gear to head back on the road and celebrate desire and instinct, wherever some action is needed. 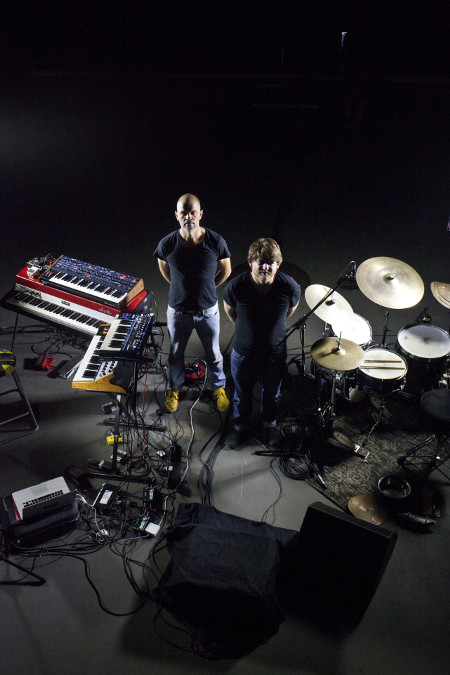