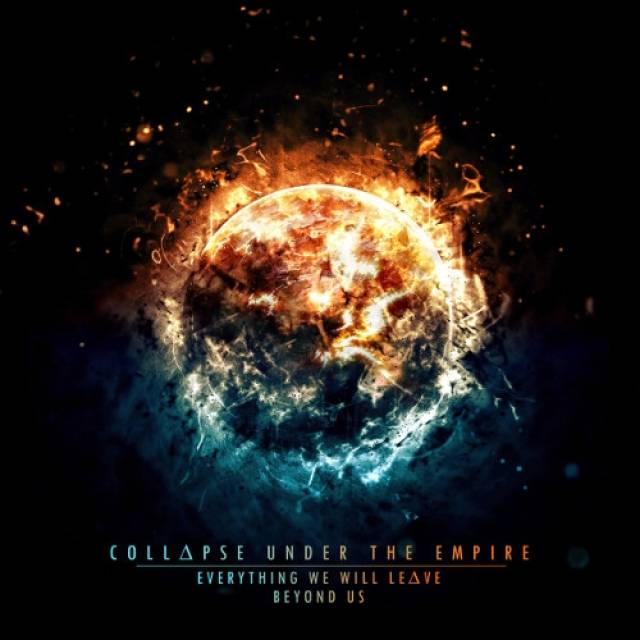 New album "Everything We Will Leave Beyond Us" out on November 13th!

After Collapse Under The Empire finished their 10th anniversary with the triple LP boxset The End of Something last year, their new album Everything We Will Leave Beyond Us will be released on November 13th, 2020. On this album the duo completes the story they started in 2009 and at the same time open up a new chapter. All the themes C.U.T.E. have dealt with on their albums/ EPs so far, starting with Systembreakdown (2009), tell of a world full of conflicts, crises, catastrophes, death, isolation, longings and freedom. The two musicians themselves could not have imagined that much of this would become reality in 2020 within only 10 years. With the pre-release charity single A New Beginning, the band donates all proceeds to the German Red Cross, which is fighting the worldwide Corona crisis.
With their 8th full length release Collapse Under The Empire set to music a dark world that has got out of control. Hotspots everywhere, above all the corona virus, environmental destruction, the greed of mankind, injustice, exploitation, poverty, war and resistance. The 8 new titles show this development in dark soundscapes, apocalyptic guitars and epic synth sounds, piling up the tracks to huge mountains of sound.
Thematically, Everything We Will Leave Beyond Us is no longer a utopia, but a bitter reality. One can only hope that mankind will survive the current crises, and above all learn from them! What the future will bring remains to be seen. For the first time ever the band worked together with producer Toma Moon from Hamburg, Germany, who handled mixing, mastering and the overall sound design.
www.collapseundertheempire.com
www.facebook.com/collapseundertheempire
www.youtube.com/user/collapseempire
www.collapseundertheempire.com/shop/pre-order