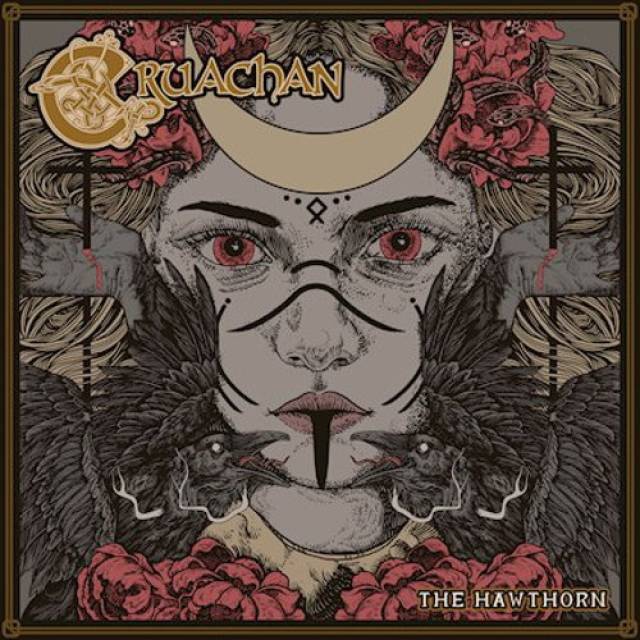 New album "The Hawthorn" out on October 2nd!

Since forming the band in 1992, it’s been Keith Fay’s singular vision that has steered the band for nearly thirty years. Appearing originally under the moniker Minas Tirith the band’s focus on Irish history and mythology prompted a change to more suitable Cruachan. The band’s blend of Irish folk music and metal was unique and in late ’93, their demo 'Celtica' soon landed the band their first record deal with Nazguls Eyrie Productions. The first fruits of this endeavor was the band’s cult classic debut album, 'Tuatha Na Gael', which hit the shelves in 1995 to critical acclaim. The band began to draw admiring glances from a number of bigger labels, but none suited the band’s ambition. They eventually signed with Hammerheart records and released 'The Middle Kingdom' in 1999. 'The Middle Kingdom' record saw the band make their first international live appearances. Their third album 'Folk-lore' was produced by and featured the unmistakable vocals of The Pogues legend Shane MacGowan on 'Ride On' which was a surprise hit single in Ireland. Subsequent releases, including 'Pagan' and 'Blood on the Black Robe' saw the band join up with AFM and Candlelight records and led to Cruachan hitting some of the biggest festival stages, including; Hellfest and 70, 000 Tonnes of Metal (where they became one of the few bands to ever perform three sets, one of which featured Gwar vocalist Kim Dyalla as special guest), as well as their own ‘25th Anniversary’ show in Ireland.
2020 has been a tumultuous time’ band leader Ketih Fay comments; "A number of long-term members have chosen to leave the band, but it is a time rebirth for the band and it can only be a positive thing." Alongside the new band members, Cruachan have also signed a new record deal with forward-thinking Swedish label Despotz Records. Despite the upheaval behind the scenes, one thing has never faltered; and that is Keith’s passion for folk and metal music, and Cruachan’s unique way of bringing the two together.
A track steeped in Irish folklore, 'The Hawthorn' is set in Ireland during the 1700's when the population were heavily under the influence of the Catholic church while still holding onto old Pagan beliefs. It balances the band’s love of Irish traditional folk music with uncompromising metal, a style of music the band helped develop back in the early 1990’s.
Frontman Keith Fay comments, “The Hawthorn tree is a fairy tree, you will see them all over Ireland growing in strange unlikely places where other trees would have been cut down. It is extremely unlucky to cut down a hawthorn tree else you anger the Faerie folk. In the song, the woman is taking her dead baby to bury under the tree, to give her baby to the faeries. We don't know how the baby died or what has led to this decision but she is set in her ways and the baby will not have a Christian burial.”
https://open.spotify.com/artist/6QpbkfyEQJ3JiQw2AbTRUH
https://www.facebook.com/cruachanclan/
https://www.instagram.com/cruachan_official/
https://cruachanband.bandcamp.com