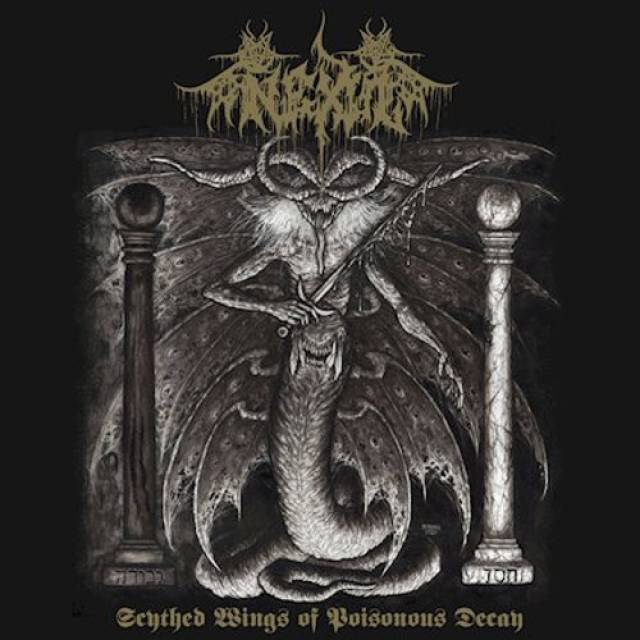 It was but 2017 when NEXUL released their intimidating first album, fittingly titled Paradigm of Chaos. Very long awaited, NEXUL's first full-length was the rigorous culmination of grave times and dark deeds spent in the shadows since 2011, first forecasted by the Nexulzifer demo in 2013. Not one for half measures - nor are any bands who are part of the Ordo Satanae Imperium collective, which includes now-labelmates HELLVETRON - NEXUL brewed Paradigm of Chaos as needed, steeping its essence until the time was right to strike. When it did, the album commanded shock and awe in equal measure.
So shall follow NEXUL's latest opus. Something of a shadow-self to Paradigm of Chaos, Scythed Wings of Poisonous Decay is both rawer and more refined, more traditional and unorthodox in equal measure, stridently death metal by both definition and the band's own iteration of such. Where its predecessor deliberately walked along the threshold between all-consuming chaos and sheer insanity, NEXUL's new EP finds a rich 'n' robust balance between hammering bestiality, vortextural surge, and ancient expressions of the Metal of Death. "This record was written in dedication to Samael as the Angel of Death," the band explains, "a journey beyond the highest heavens to the deepest Abyss in genuflection of all powers of Downfall and Demise," and indeed does Scythed Wings of Poisonous Decay follow suit with an exploration of extremes that feels subtle, nuanced, almost ethereal, despite the characteristically overwhelming onslaught of sonic energies. Much lurks above and below here, where feeble 'n' feckless ears dare not tread; immerse oneself, however, and feel rapture of a most forbidden variety. Or, simply feel the molten crush of absolute POWER as its spreads outward like the eight arrows from the very Symbol of Chaos, reflective of NEXUL's utterly mesmerizing presence onstage in recent years.
Unlike those cowards who stay away from those stages nor stand behind their creations, NEXUL walk with confidence and unflinching self-belief and now unfurl Scythed Wings of Poisonous Decay! 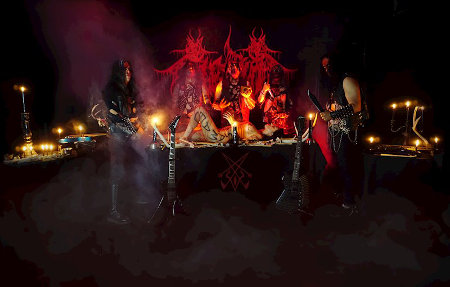 More in this category: « NAHEMIA HEADS FOR THE DEAD »