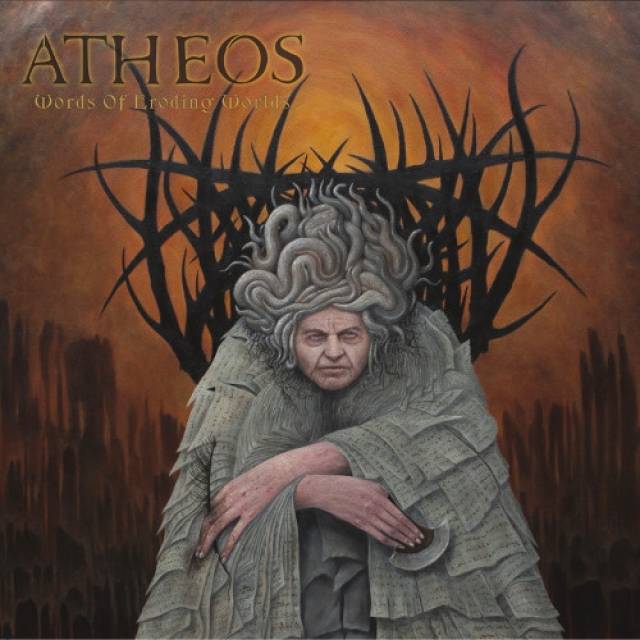 New album "Words Of Eroding Worlds" out on October 27th!

Music drawn from Ireland’s haunted wetlands, clawing its way up through the mud of centuries into the muted light of a mist-shrouded dawn. The sound of a world forgotten, of myths and monsters sealed in peat, gods and beasts cut from the heart of the earth. Dark, overwhelming power and distorted cadences, bound in old magics and words that were true before the sun was born. Summoned from the depths to walk the ghost paths and prey upon the lost, Atheos present the ancient death metal of Words Of Eroding Worlds...
Words Of Eroding Worlds is carved from the foundations laid down by death metal’s founding fathers, but infused with a Celtic magic that twists into beautiful, sinister, terrifying forms. There is an aura of nightmares that hangs over writhing songs like ‘Embers Obscure The Sun’, the riffs slipping from the expected paths, sliding into colder waters and hungry swamps where the Aughisky dwell. ‘The Parchminer’ reaches back to the spirit of bardic tradition, before dragging the listeners gathered round the fire face-first into the flames. Rarely does a death metal album capture such a sense of place and tradition, exude such captivating atmosphere and stand so proudly, fiercely alone. Words Of Eroding Worlds will stay with you, haunt you, cling to your skin like the cold touch of sight stealing fog. Stray from the path in this sea of monstrous, lurching riffs and you’ll be lost forever.
Seven years have passed since Atheos’ debut album, The Human Burden was released, but they have not been idle in that time. Words Of Eroding Worlds shows stunning development from its predecessor – from sorcerer’s apprentices to lords of dark magic – and the band have signed with exciting new label, Niflhel Records, who will release their tome of secrets and horrors on October 27th. Not only a magnificent addition to the proud annals of Irish metal history, Words Of Eroding Worlds will speak to the hearts of all those who truly understand the essence of arcane death metal. This is an irresistible summoning to those who know...and a wicked lure to the altars of stone for the unwary and unprepared, who stumble upon its enduring malice. 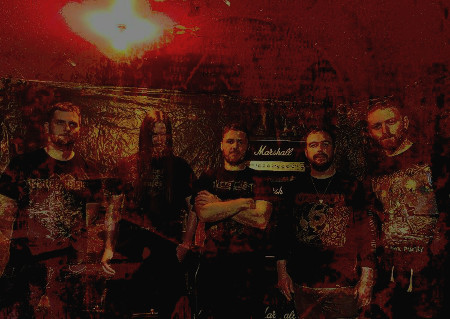