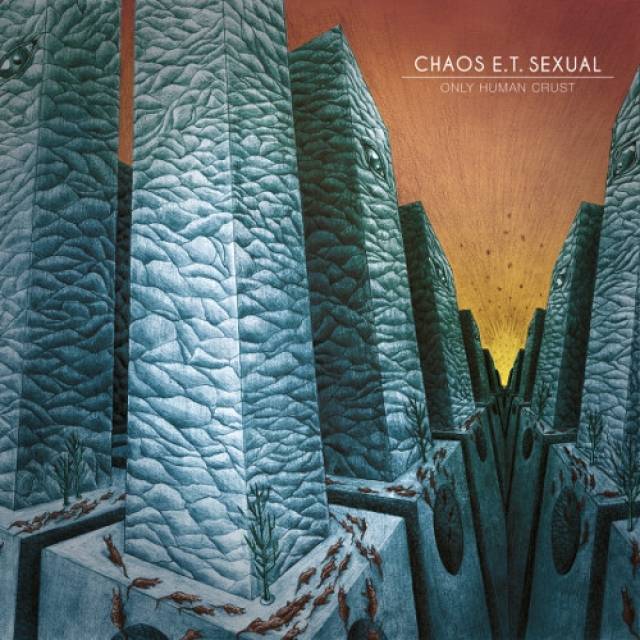 New album "Only Human Crust" out on November 20th!

CHAOS E.T. SEXUAL's new album 'Only Human Crust' takes you through a disturbing urban jungle studded with political speeches and deconstructed bits of daily life. From that intolerant, industrial and oppressive scenery, emerges an unlikely blackened dub euphoria. Nine tracks that highlight the modern world's chaos and darkness in a highly compelling and intoxicating way. The French trio's music is a bold fusion of alternative genres such as electronic music, industrial metal and hip-hop. Think Godflesh, Dälek, Neurosis and Techno Animal being involved in a gruesome transe amidst a deranging world.
French underground's most loyal members since 2010, CHAOS E.T. SEXUAL is an ambitious project mixing massive drone/industrial soundscapes and hip-hop/noise-laden beats to produce a hybrid songcraft. Highly sensitive to anything visual and improv-related, the band always offer a live set that involves visual artists or video makers. Bass frequencies out loud, cold mechanical beats and sci-fi topics infused with political speeches that are disrupting the auditive approach, making it a subversive yet highly engaging sonic experience.
Following their dark experimentations infused with urban beats, CHAOS E.T. SEXUAL have issued two self-released albums: 'Ov' (2012) and 'Ovna' (2013). The band's third effort 'Only Human Crust' is far more more politically engaged than the previous records, with nine tracks that highlight the modern world's chaos and darkness, in the most compelling and intoxicating way. About 'Only Human Crust', the band says: "Laurent Gaudé's book Eldorado, that tells several stories linked with the crossing of the Mediterranean Sea by migrants, inspired us a lot, we realised that we shared the same topics, these are about capitalist totalitarism and the different kinds of control, addiction an intolerance coming out of our contemporary societies. You can see all of this through Ëmgalaï Grafik's artwork."