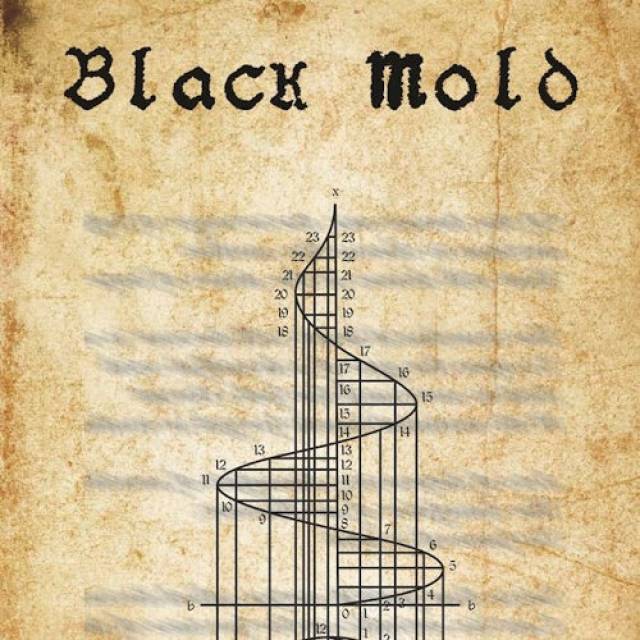 Debut album, "The Inheritance Of Evil", out on November 18th!

Three years after their formation this secluded dark force reaches their ultimate musical nightmare, a vision of terror that will haunt you during their first full lenght. For those that are getting in touch for the first time with the band you should know that two demo-tapes were released during the past years. "Atavism" firstly carved the infertile soil of humanity with its dirty and dark approach followed after by "Tales of Degradation" where the specter of aggression was deepened and a much more broader chasm was revealed.
"The Inheritance of Evil" consolidates the delusional path of Black Mold's legacy and provides the listener no hope for the future. Nothing hasn't really changed here because it wasn't meant to be, from the very first minute of this slaying attack you will be pushed down under by this suffocating rawness and straight forward violent dementia brought by its insane melodies. There's definitely a black punkish vibe that assault your senses within their war cry also escorted by a razor sharpened coldness here!
A vigorous shout out for all old aesthetic metal souls as Black Mold triumphs upon the ashes of light and faith. Expect to be hit by a swarm of oppressive obscurity which for that you must enter this downward spiral ritual and gather the underground powers to conjure "The Inheritance of Evil". A sacrificial pact made with Helldprod Records to worship HIM.

More in this category: « INGRINA SÉPULCRE »