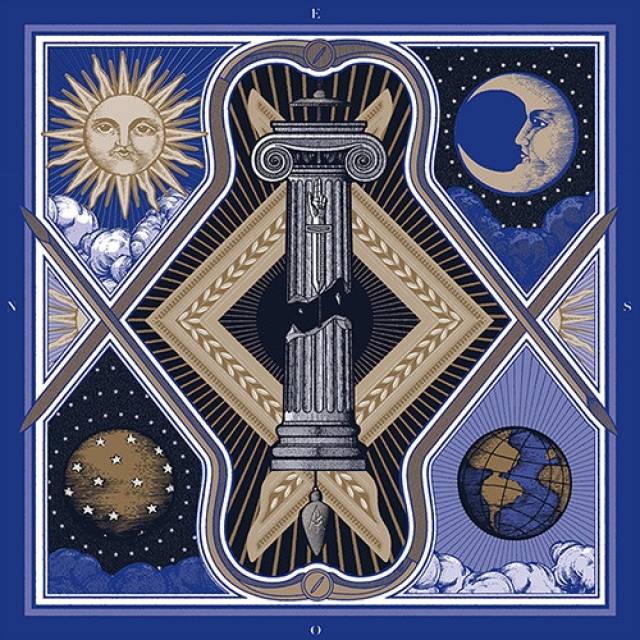 France has long been a fertile breeding ground for black metal, and one of its best kept secrets is Déluge, who have been kicking up a blend of that genre and post-hardcore since 2014. Dropping their debut full-length Æther in 2015, in 2020 they return with sophomore effort Ægo Templo, a more accessible record that pushes their sound in ever more imaginative directions. “I wanted to go further into something more ‘easy to listen to’, but I really did not want to lose what we had, that melancholia and the essence of our music,” states founding guitarist François-Thibaut Hordé. “It was a very interesting – and exhausting – challenge, and to me we have succeeded. We are really proud of this new record.”
Produced by François-Thibaut with assistance from engineers Thibault Chaumont/Deviant Lab studio (Igorrr, Carpenter Brut, Birds in Row) – who also mixed and mastered the album – and Amaury Sauvé / The Apiary studio who recorded the drums, Ægo Templo marks a bold step forward from their earlier recorded output. Featuring clean vocals on almost every track, keyboards and additional instruments on several songs, plus soprano saxophone on “Opprobre”, this new offering separates Déluge from their contemporaries, all the while maintaining their identity.
The band also turned to Valnoir from Metastazis Studio in Paris to once again design their artwork, and they asked several artists to guest on the record: Tetsuya Fukagawa of Japanese Screamo legends Envy adds vocals to “Gloire Au Silence”; Matthieu Metzger provides saxophone on “Opprobre”; and Hélène Muesser contributes vocals on “Abysses”, “Ægo Templo” and “Digue” – all helping to add further depths to the music.
Even in these uncertain times, what comes next for Déluge is clear – their goals are undeniable: “We want to be touring as much as we can, spreading our bright music as much as we can, and going much further than the metal scene can offer us.”
https://www.facebook.com/delugebandofficial
https://www.instagram.com/deluge_band