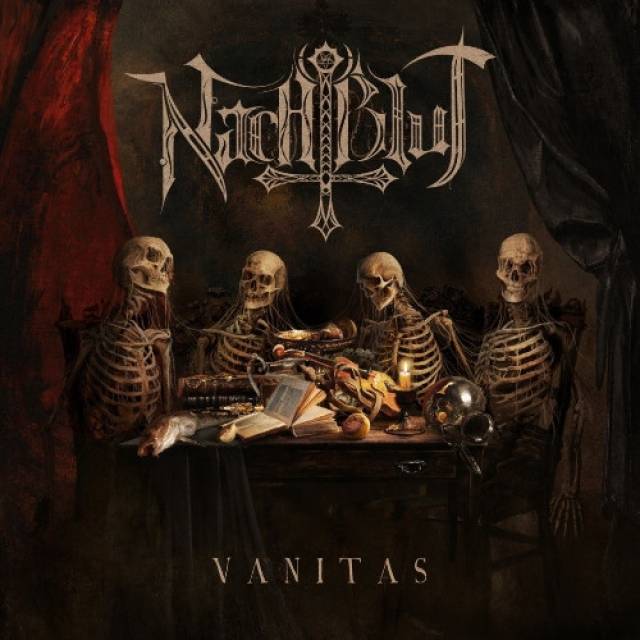 NACHTBLUT, a flagship of German dark metal, Ever since their debut release, Das erste Abendmahl (engl. The First Supper), in 2007, the four-piece has been shaping the dark metal scene with its unique sound.
The new album Vanitas draws the listener into the band’s musical maelstrom in a classifying NACHTBLUT manner.
Songs like “Das Puppenhaus” (engl. the dollhouse) is reminiscent of scene giants such as RAMMSTEIN, with brutally honest lyrics and rhythmic guitars. “Die Toten vergessen nicht” (engl. the dead don’t forget) shines with an unmistakably dark and orchestral sound that will cause shivers to run down the listener’s spine, while the folk-influenced song “Leierkinder” (engl. children of the lyre) convinces with an addictive rhythms and moving lyrics that will carry the listener away to days of yore. With Vanitas, these dark metal giants create a symbolic work of art somewhere between transience and infinity. 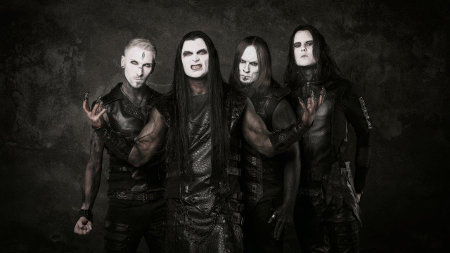 More in this category: « NIVIANE THE OBSESSED »