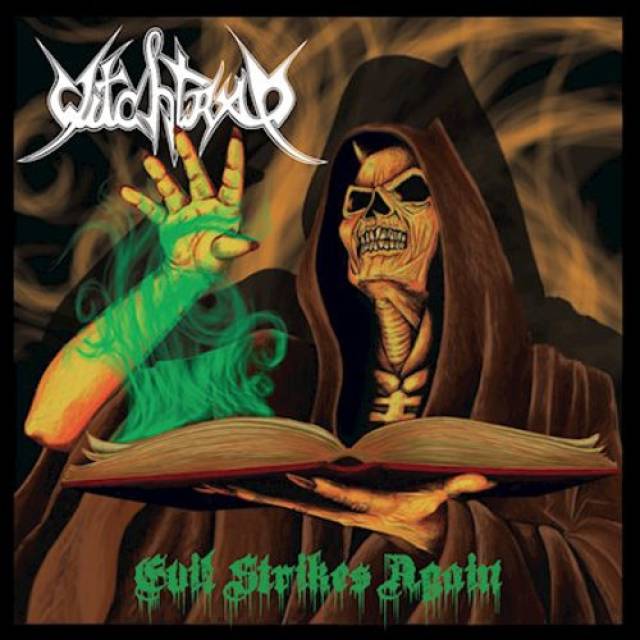 By now, the Colombian power-trio of WITCHTRAP should require no introduction. Since 1992, these maniacs have been flying the flag of hate for evil thrash and speed metal with no compromise and no quarter given. Across four full-lengths and more than twice as many EPs, demos, and splits, WITCHTRAP have perfected a sound that's eminently classic but undeniably their own. Their energy is utterly addicting; simply put, WITCHTRAP are equally evil and fun.
Poignant proof is WITCHTRAP's fifth album, Evil Strikes Again, now finding finding worldwide release courtesy of longtime fans/supporters HELLS HEADBANGERS. Released earlier this year on CD in South America via the band's own Dirty Sound Records, Evil Strikes Again might be WITCHTRAP's first new recording in five years, but it sounds like it could've come swiftly after career-apex predecessor Trap the Witch. If that album was the penultimate WITCHTRAP experience, then Evil Strikes Again handily eclipses that feat: leaner, meaner, and almost effortless in its energetic rush. Naturally, the foundation of Endless Pain-meets-Evil Invaders is as firm as ever, but once again do the power-trio maximize the latent rock 'n' roll feeling that informed so much early thrash and speed metal, making each of these nine tracks (plus intro) as catchy as the next. Likewise, as doubtlessly suggested by the album's title, WITCHTRAP continue to maximize the EVIL, perhaps most proven by the trifecta of "Return to Hell," "The Devil's on the Loose," and "Dealing With Satan." And it wouldn't be WITCHTRAP without a timely reminder of this artform's enduring values with "Death to False Metal." Evil Strikes Again in-fucking-deed! 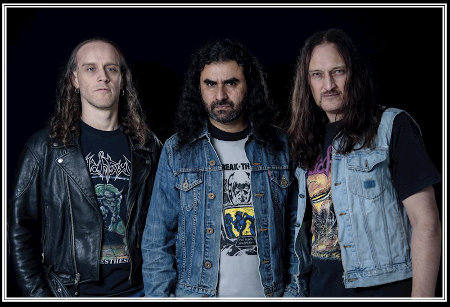 More in this category: « SAD WITCHWOOD »