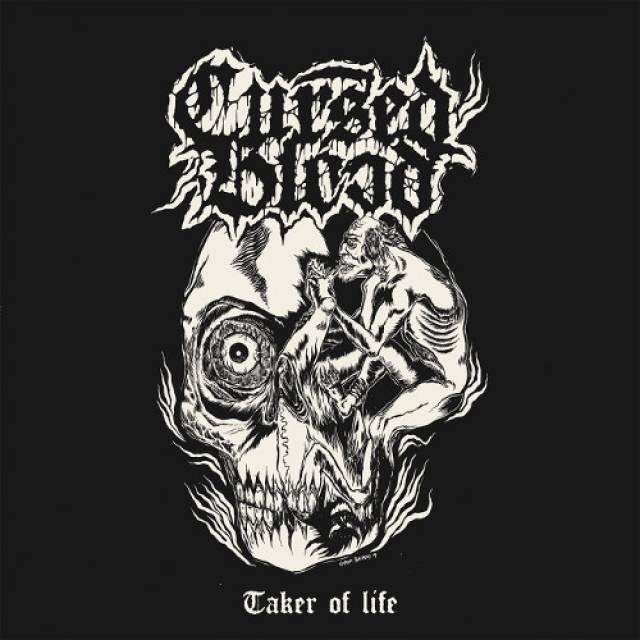 Debut album "Taker Of Life" out on October 30th!

Although a fairly new act, all four members of the greek band have been involved in different bands for the last 25 years like Dead Congregation, Burial Hordes, Sarabante, Vulnus, Satan´s Wrath and Nuclear Winter. The idea behind CURSED BLOOD was to play death metal with a crusty-punk attitude, referring to bands like Entombed, Disfear or Autopsy. No frills, straight to the point and face crushing!
After its initial self release in 2019, CURSED BLOOD's EP "Taker Of Life" will be officially unleashed now via War Anthem Records (Europe/World) and Creator Destructor Records (USA). It was recorded at Ignite Studio by George Christoforidis, mixed and mastered at Nightbreed Studio by Costas Kostopoulos and features a cover artwork from Drop Virus. 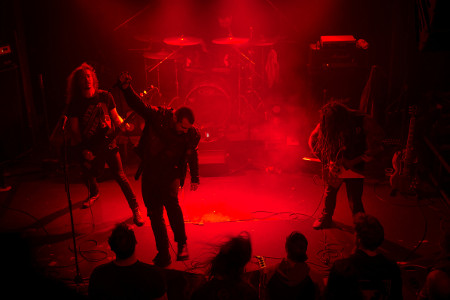