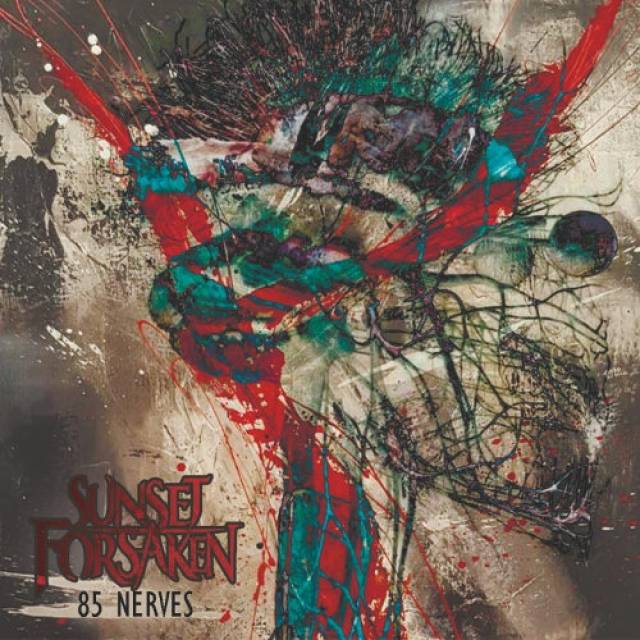 The Sunset Forsaken project was established in Donetsk (Ukraine) in 2014 by musician Andrii Tolok as an alternative to his black metal project Haissem, since the music he composed did not fit into the frames of a single project.
The second full-length album, "85 Nerves", is finally released on CD by Solitude Productions.
Lyrically, the album consists of four completely different narrative stories. "Dulcet Amnesia" tells the story of a man who has lost his memories and, at the same time, found an incomprehensible calm, for whom loneliness became an anesthesia that split him from the rest of the world. “Through The Moon I've Seen The Sorrow Born” brings into the story of a man who, looking at the Moon, sees his life, which is divided into two periods: “before” and “after”. "The Ebony Chasm Of Despair" tells how a person, while falling into a bottomless abyss, observes what happened to our civilization throughout its existence. The final title track "85 Nerves" sheds light on the story of a woman, who was trapped within her dreams ...
Musically, "85 Nerves" is a classic dark metal with a doom / death influence, with typical genre features, such as melodic solos throughout the composition, growl as the main vocal, and viscous riffing.

More in this category: « THE KRYPTIK ELUSIVE GOD »