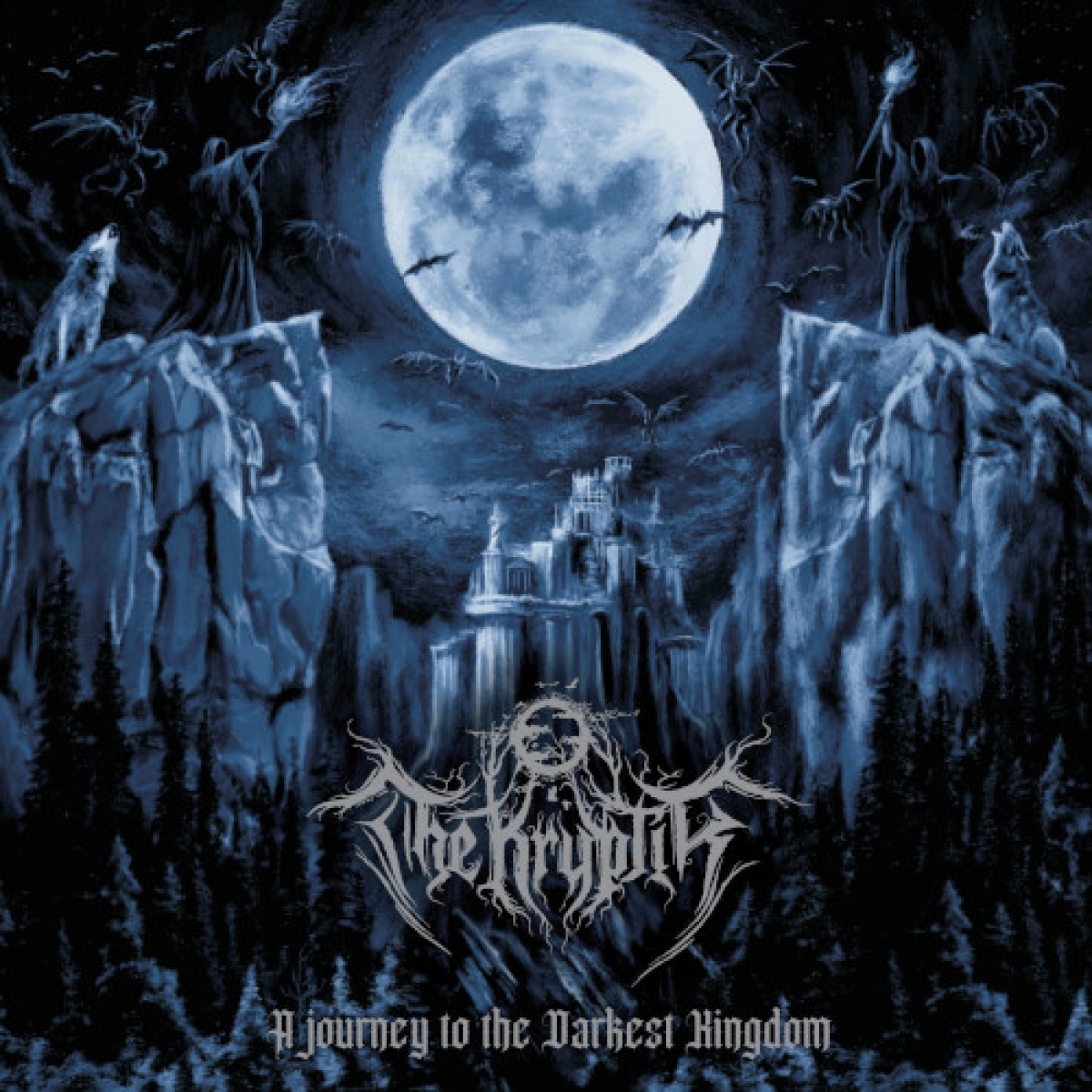 It was but the autumn of 2019 when THE KRYPTIK released their acclaimed second album, When the Shadows Rise, for new label home PURITY THROUGH FIRE. Here was a startlingly immersive gem of symphonic black metal, and many finally took notice. Indeed, "symphonic black metal" may be a dirty word to some still, but back in simpler, more idealistic times, that appellation bore delicious fruit, and many long-cherished classics of the black metal canon have upheld that banner; more specifically, once upon a time, it was simply BLACK METAL. THE KRYPTIK bore witness to this fact, and since their formation in 2013, the Brazilian duo have dependably practiced their mystical arts with no outside influence from the nowadays "black metal" scene; only the most ancient flame burns within their hearts. And while their 2017 debut album, Through Infinity of Darkness, saw them boldly strike with a decades-past sound that remained remarkably fresh, it was When the Shadows Rise that scaled the grandest citadel of sound - and, it must be said, set a new standard for neo-ancient symphonic black metal.
Now the duo waste no time in eclipsing that a generous 40-minute mini-album, Behold Fortress Inferno. Aptly titled, Behold Fortress Inferno is a moodier and more overtly medieval experience, charging hard into the fog of the ancients with two epic-length tracks before a haunting interlude resets the stage. But over that somber cooldown can be heard the sounds of battle, and back into the fray THE KRYPTIK surge with "Black Legions March," featuring guest vocals from MAVORIM's Baptist; swarming with a sumptuous swell of synths, the track offers many a cosmic key to their creations and times. Arguably more so here than on any of the other five tracks do the duo reach their apotheosis: sympho-BM that's neither modernized nor retro-leaning, but rather an unselfconscious rumination on black metal's most clandestine mysteries, done with grace and grandiosity, and with an even-defter, more effortless touch. It's blanching to behold...and as that battle fades away, so does "Paths From Eternity" explode into the cosmos. Closing the mini-album with a reverential nod to tradition is a faithful yet synth-foggy cover of Mayhem's classic "Funeral Fog," featuring vocals from Utu's Necromaniac.
While it'd be semi-accurate to state that Behold Fortress Inferno is an equal counterpart to When the Shadows Rise, that would only serve to undercut THE KRYPTIK's undeniable artistry and care for craft - and when black metal, symphonic or otherwise, is done with this much passion and poignancy, the fact that it exists at all should be celebrated. But in another, more accurate sense, THE KRYPTIK simply (and swiftly!) consolidate their all-too-considerable strengths here, and the result is another new essential for those who imbibe the timeless magick of old Obtained Enslavement, Abigor, and Limbonic Art as well as the more overlooked likes of Nocternity, Evilfeast, and later Kataxu. BEHOLD!