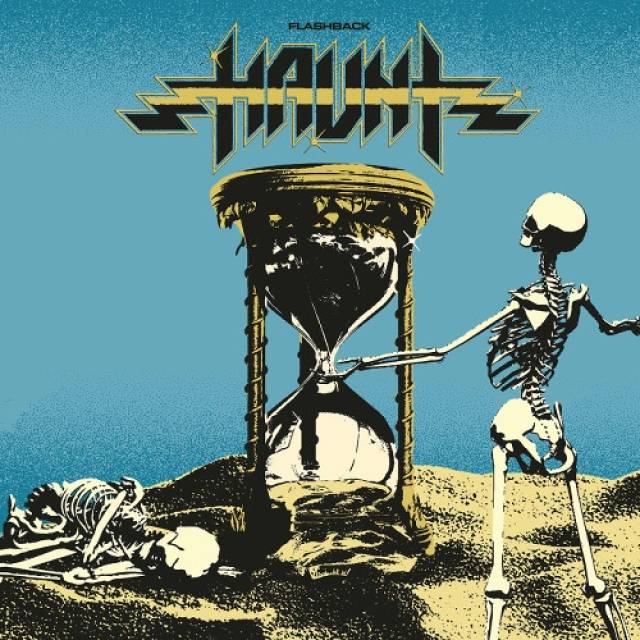 What started out as a solo project of Beastmaker’s Trevor William Church developed into a powerful force in classic metal with a distinctive hard rock edge throughout the course of no less than two EPs and split singles respectively as well as four albums since 2017 without displaying any sign of wear and tear.
HAUNT’s latest release “Flashback”, which originally came out on Trevor’s very own Church Recordings in early 2020, is by far the most developed, showing a complete, well-oiled band machine that has gained an even more remarkable profile by gigging on a steady basis.
Regarding the quartet’s European edition of the album, which comes out exclusively via High Roller Records, the main man explains, “I’ve partnered with the label to bring HAUNT to the Old World because I felt this to be a necessary relationship in order to continue my DIY approach.”
Speaking of which, he is “always trying to push myself into sometimes uncomfortable positions. With inspiration, determination and dedication a lot can be accomplished.” Which is just what Haunt do with “Flashback”, a bedazzling blend of NwoBHM-tinged steel and touches of 1970s progressive hard rock that grows through repeated listening.
Take, for instance, ‘Figure In A Painting’ with its prominent synthesizers, which recalls Ashbury and a bit of early Manilla Road with a punkish attitude, or ‘Electrified’ and ‘Spend A Fortune’ with their catchy choruses. “The hourglass in the artwork represents the fact that time is always ticking away”, Trevor concludes, “but there’s much more to come from HAUNT in the near future!”
https://hauntthenation.bandcamp.com
https://www.facebook.com/hauntthenation