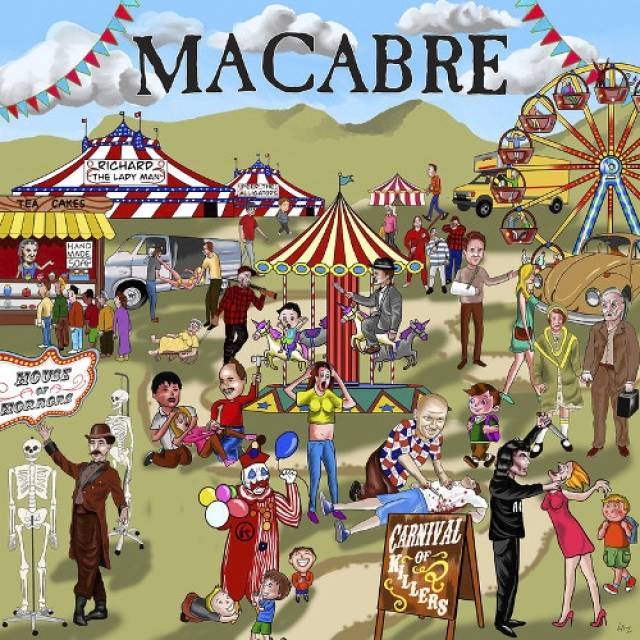 There is only one carnival coming!

Come one! Come all, to the demented, heinous bloodbath of a murder metal circus that declares MACABRE’s return; Carnival Of Killers. As the band's first full-length album in almost 10 years and just in time for their 35th anniversary as a band, "Carnival Of Killers" will be released on November 13th via Nuclear Blast Records.
"Carnival Of Killers" was recorded and mixed by Tomek Spirala of Studio1134 with the exception of drum tracks as he recorded them at Kiwi Audio with the help of Mark Walker. The mastering of "Carnival Of Killers" was handled by J.F. Dagenais at JFD Studios in Dallas, TX. The “Where’s Waldo” meets serial killer album artwork was created by Corporate Death (lead singer | guitarist Lance Lencioni) and artist Laz Gein and highlights the album's most memorable references. 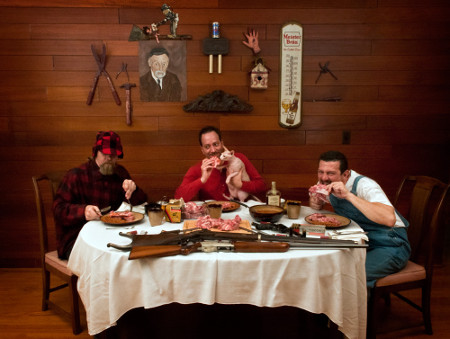