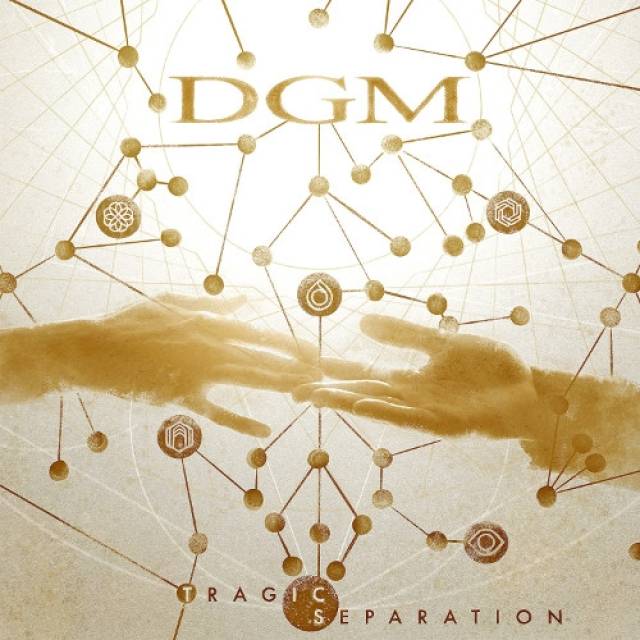 DGM started writing new music in the spring of 2019, with the overall process taking almost one year. This was a longer writing process than normal for them since it was the band’s desire to push themselves beyond any boundaries set by their previous work. Truly no small feat given the band’s catalog. The end result is “Tragic Separation,” an album where the band ticks all the boxes of the Progressive Metal genre, but adds more and more of their own personal identity and approach.
Long-time fans need not worry as you can still find all the trademark elements of DGM’s sound with sweeping choruses, technical passages, lightning fast fretwork, big vocals, and bombastic transitions. But the care and dedication to the songwriting emerges in phenomenal songs which carefully encompass everything that goes from traditional progressive metal to a more classic hard rock sound (even giving a nod to Kansas' sound in the title track). The playing is faultless as usual and the melodies are perfectly woven into killer guitars, epic keyboards, and pounding drums.
Not only are the songs presented here simply great music, but lyrically, “Tragic Separation” is a concept album told through the eyes of a protagonist about life and the paths we can go down between the choices we make, plus the subsequent consequences those choices bring to our lives. Among the doubts and second thoughts about the choices made, there is one that echoes in the protagonist’s soul: what if the answer for everything was the path itself? An unanswered question, which is another starting point for a new quest... another beginning.
Watch out for DGM, they are not only Italy’s finest progressive metal band, but an absolute astounding force to be reckoned with. The band will tour on the album as soon as conditions allow.
http://www.dgmsite.com/
https://www.facebook.com/dgmprog/
https://www.instagram.com/dgmitaly

More in this category: « CALAROOK ANNEXATION »