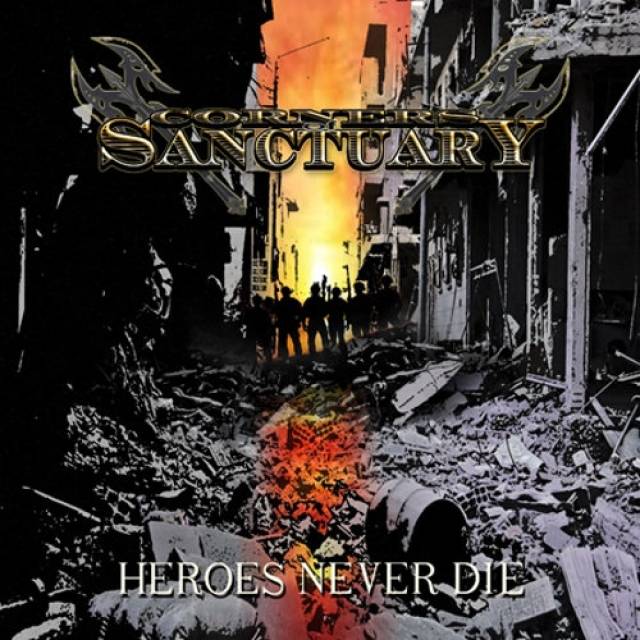 Conflict is far from picture perfect, it is harsh, relentless and some even say treacherous. One thing is certain though, those who have been tasting the true foundation of Heavy Metal, have the ability to tell its awful tales and lessons to be learned. Who are those veterans you ask? The answer is right here, hanging over your face - The Heroes.
"Heroes Never Die" is where the building blocks of Heavy Metal meet, melodies and hard hitting riffs, ol' US Metal merged with European Metal, Riot meets Judas Priest & Satan, Malice meets Accept & Blitzkrieg and the list goes on and on.
Corners Of Sanctuary's guitarist & founder, Mick Michaels commented: "“We are thrilled to be working with RFL Records for the release of our next album, “Heroes Never Die.” From the beginning, the connection has been undeniable…their support of our particular style and sound has been overwhelming and we could not have asked for more. The band is confident this partnering will produce nothing but positive results. “
Corners Of Sanctuary have been around since the beginning of the decade, setting themselves as part of the New Wave Of Traditional Heavy Metal, constantly flying the flag of the ever burning fire of the old school persuasion.
Throughout their career, Corners Of Sanctuary developed themselves as a hard working crew, no merely at the studio but also on the road. The band traveled throughout the US, far and wide, performing at legendary venues as such as Whisky A Go-Go, Rainbow, Trocadero Theater and The Met among some of the best in North America. Europe also had its fill from the eagerness and dedication of Corners Of Sanctuary, as the band came across touring Western Europe and the UK.
Corners Of Sanctuary had the honors to share stages with some of the leading artists of Traditional Heavy Metal and Hard Rock as UDO (ex-Accept), Stryper, Bulletboys, Saxon, Grim Reaper, Butcher Babies, Tim "Ripper" Owens, Anvil, Girlschool and their rolls is yet to be done.
Corners Of Sanctuary are approaching the next decade of the 00s with conviction, inner strength to continue their legacy and head on creating Metal in its classic form, yet with a little blink towards the current state of affairs in their music scene. Some heads are gonna roll for sure. 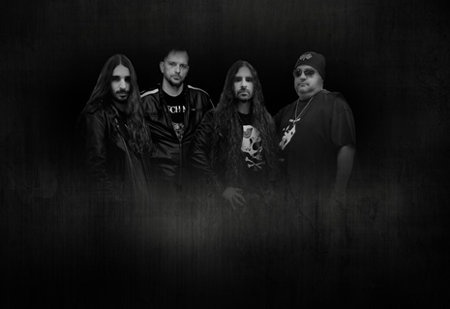