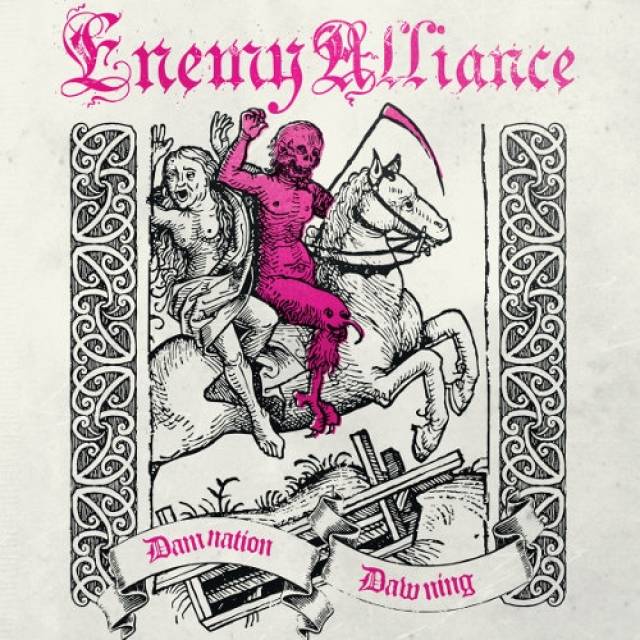 Crossover hardcore, punk, punk-rock, thrash band from Malmö/Lund, Sweden, with Stefan Bratt and Rodrigo Alfaro from Atlas Losing Grip, Satanic Surfers, Intensity and No Fun At All. With a furious and uncompromising sound, thoughtful and direct lyrics, Damnation Dawning’s 13 songs clocks in on a total of 31 minutes and leaves no listener unaffected.
It all started back in 2005, as an idea shared by Daniel and Rodrigo, who had been talking about doing a project together for some time. At this point, they were playing in separate bands, Venerea and Satanic Surfers respectively. Both bands have been among the most active and longest-running of the Swedish melodic punk scene of the early '90s.
The actual band first took shape in January 2006 when Daniel, Fredrik, and Rodrigo started rehearsing. The plan was to play straight up energetic and sincere, melodic punk/hardcore with political/personal lyrics. A few months later Mike and Flygare joined in and all the pieces started to fall into place.
With the demise of Satanic Surfers and the decision of putting Venerea on hold, everyone agreed that Enemy Alliance would be the main focus. The first demo ("Where Night Falls All Day Long") was revealed in March. The following month they recorded the titles of their first EP, a split CD with The Indecision Alarm named "The New Wind and the Second Wave", which was released in September / October on a myriad of labels (including Household Name for the United Kingdom and Shattered Thought Records for France and Switzerland). To promote it, they started touring during the second half of November of 2007.
Time went by and Venerea reactivated, so did Satanic Surfers. There were some changes in the line-up, so Enemy Alliance became a duo, with Roridgo doing vocals/drums, and Stefan Bratt (Atlas Losing Grip, No Fun At All) in charge of the bass and guitars. They recorded a full-length album called Damnation Dawning, but it has not been released until now, 12 years later. On the recording of Damnation Dawning, Max Huddén (Satanic Surfers, Atlas Losing Grip) adds some of the guitar shredding. The album is re-mastered by Gustav Brunn (Atlas Losing Grip) as well as a new artwork/layout by Henrik Skog. 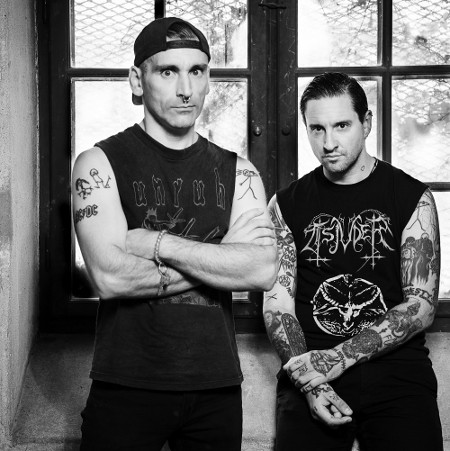 Rate this item
(0 votes)
Tweet
More in this category: « NEÀNDER CORNERS OF SANCTUARY »