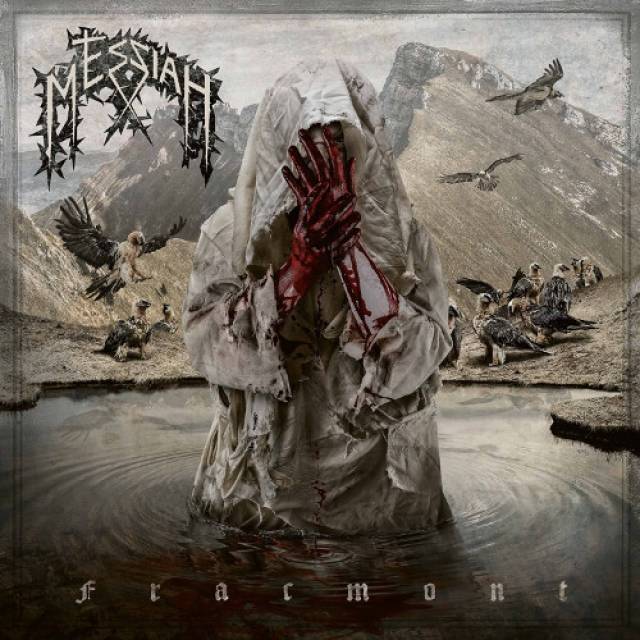 With acts such as Hellhammer/Celtic Frost and Coroner but also more obscure outfits such as Fear Of God, Excruciation or Infected Switzerland has always been a fertile breeding ground for Extreme Metal. MESSIAH were formed in 1984 and issued two truly ground breaking records on Chainsaw Murder Records, »Hymn To Abramelin« in 1986 and »Extreme Cold Weather« a year later. In the early 1990s MESSIAH signed to Karl Walterbach’s Noise Records label and issued three more full-length albums: »Choir Of Horrors« (1991), »Rotten Perish« (1992) and »Underground« (1994).
A few years back Messiah decided to reform in the original line-up of their Noise Records albums with Andy Kaina on vocals, Steve Karrer on drums, Patrick Hersche on bass and band founder Brögi on guitar. The band’s original aim was to just have some fun and play sporadic live gigs for their dedicated fan base in Switzerland. Lavish re-issues of »Hymn To Abramelin« and »Extreme Cold Weather« on High Roller Records followed.
“The MESSIAH re-union came about by chance,” explains guitarist Brögi today. When the band met in January 2018 to talk about the future of Messiah, it was one of Brögi’s conditions to work on new material as well. He summarizes: “Opinions in the band were divided at first. But we had already decided to promote our live re-union by announcing a new album. At the time, however, we did not even know what would come out of it. But when you listen to »Fracmont« today, it was worth all the effort. We are totally happy with what we have achieved more than 25 years after our last studio album was released.”
The songwriting for »Fracmont« (the ancient name of mount Pilatus near Luzern in Switzerland) was according to guitarist Brögi a very open process: “We had no master plan about the musical direction of the album whatsoever. But this is the usual approach of MESSIAH. We just play what we like and have no preconceptions about which way to go musically. We all have changed over the years. This may sound too simple but »Fracmont« represents MESSIAH in the here and now. Regarding style, I can only speak for myself, but I still love the bands of my youth. I just play what I like, I don’t copy any current trends. On the other hand, I don’t want to become a parody of my younger self also.”
“I would describe the new material as being ‘typical’ MESSIAH,” continues Brögi. “It is an (unintended) mix of our different epochs. Even going back to the very early days, but without those chaotic elements. I am of the opinion that it all sounds a bit more harmonic nowadays, the material is much more structured. Albeit it’s still very heavy stuff. Andy’s vocals have become much stronger and more original. Lyrically we have stayed true to our roots.” 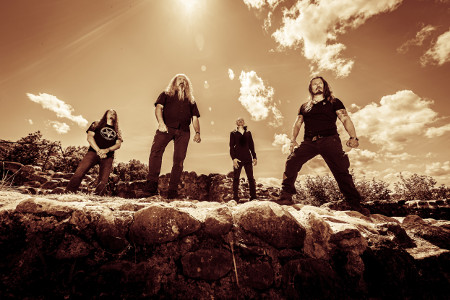