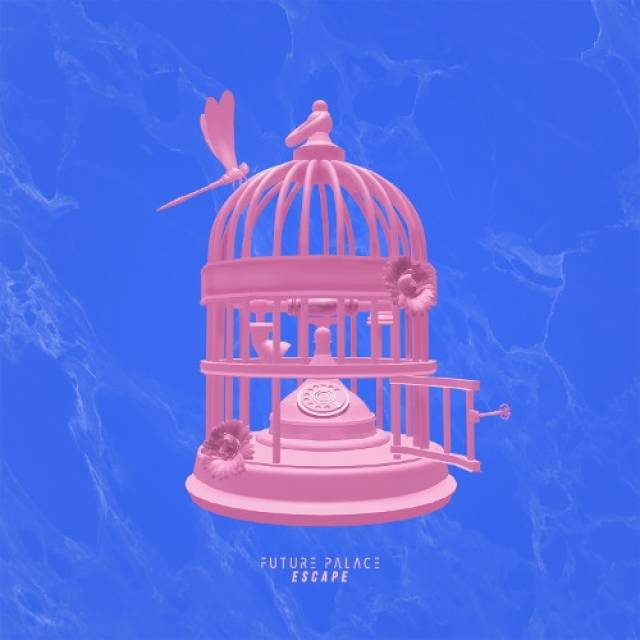 Debut album "Escape" out on the 18th of September!

Humans are social animals by nature. If we feel lost, we fall into the arms of our trusted ones. We seek for sympathy and understanding of our beloved ones, and we experience a healing sensation from being held at hard times. But what happens if the trusted person is the cause of our suffering? FUTURE PALACE explore this question on their debut album with full fury. »Escape« is an extensive catharsis and a healing getaway from toxic relationships. Turning a big cleansing process into metaphorically laden music the Berlin trio is deeply rooted in the post-hardcore genre while being influenced by different styles of electronica, soul, and 80s-synth-pop all united.
Having met in the end of 2018 FUTURE PALACE have not been a band for too long.
Therefore it is even more impressive how focused the Berlin band was working towards the release of their first album. »Escape« was produced in cooperation with Christoph Wieczorek, who already worked with well-known acts such as ANNISOKAY and EMIL BULLS. FUTURE PALACE finalised their songs at his studio in Halle, Germany in about six months. The attention to detail in their songs led to a complex mix of genres on their album. But this mindfulness during the working process went beyond the musical component for FUTURE PALACE are more than just a band with well elaborated music. "My goal with this band – fitting to its name – is creating a better future" explains singer Maria about the direction of the project. "We want to develop strength facing difficult experiences and become a motivation for other people."
https://www.facebook.com/futurepalace
https://www.instagram.com/futurepalaceofficial
https://twitter.com/futurepalacede
https://www.future-palace.de