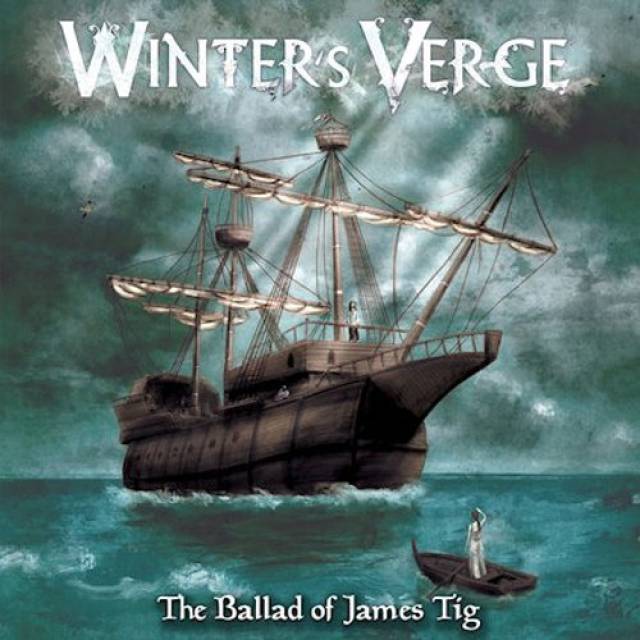 New album "The Ballad Of James Tig" out on September 11th!

Winter’s Verge is one of Cyprus’ most successful metal bands. Since its formation in 2005, the band has released four studio albums and three EPs, and built a strong reputation as one of the most exciting live acts in Cyprus, with a powerful blend of epic, melodic and symphonic metal. The band is made up of the most experienced and respected musicians in the Cypriot rock and metal scene – George Charalambous (v), Deniel Pavlovsky and Savvas Parperi (g), Stavry Michael (keys), Miguel Trapezaris (b) and Danny Georgiou (d).
Winter’s Verge’s music is highly conceptual and takes place within a mythological realm called Tiberon – all songs and lyrics allowing fans to explore the themes, characters and locations for their own interpretation.
Their discography covers the albums “Eternal Damnation” (LMP Records, 2008) which was produced by RD Liapakis (MYSTIC PROPHECY). The band then released 2010’s “Tales of Tragedy”, this time on Massacre Records. The album was highly regarded by the metal press and developed the band’s sound further, with fan favorites like ‘The Captain’s Log’ or ‘Reflections of the Past’. The release of the album coincided with a European tour with power metal legends Stratovarius, which won the band thousands of new fans. 2012 brought “Beyond Vengeance”. This album was also critically acclaimed and was followed by extensive live performances, where tracks like ‘Unto the Darkness’ or ‘Dying’ becoming staples of the live setlist. After a brief hiatus and line-up changes, Winter’s Verge got back to business, recording the band’s 4th album, ‘IV’, as independent release in 2015. It was supported by Winter’s Verge’s second European tour in 2016 winning new fans in e.g. countries like Greece, Romania and Bulgaria with an appearance at the Metalhead Meeting festival in Romania.
After a short break Winter’s Verge got back to the business of writing and recording. An EP entitled “Wolves of Tiberon” released in 2016. Its concept further explored the world of Tiberon that exists as a setting for Winter’s Verge mythology, giving more details, characters and stories for the deep mythology.
Now in 2020, after three years in the making, Winter’s Verge are ready to release one of their most ambitious projects to date, “The Ballad of James Tig”. With a concept and lyrics by renowned local author and playwright Frixos Masouras, the new album is another concept storyline with a huge sounding scope and symphonic sound. It’s the story of James Tig, a man who lost his family at sea when he was a young boy, and had set his life-long dream to find the legendary Killagorak a sea monster, who he believes was what killed his family when he was very young, seeking revenge. Teodora Stoyanova Freya (MAGIC OF THE NORTH) provided vocals - playing the part of Nina in the story.
The drums were recorded at Panasound Studio, with the rest of the album recorded and mixed at Winter's Verge Studios between mid 2018 and the end of 2019. George Charalambous (v) mixed & produced the album; the mastering was handled by George Eracleous (Oneirism Studios). The artwork was designed by George Vasiliou. 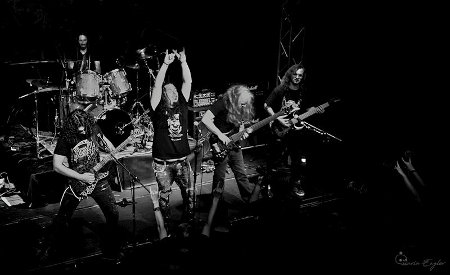 More in this category: « WOR AAL »