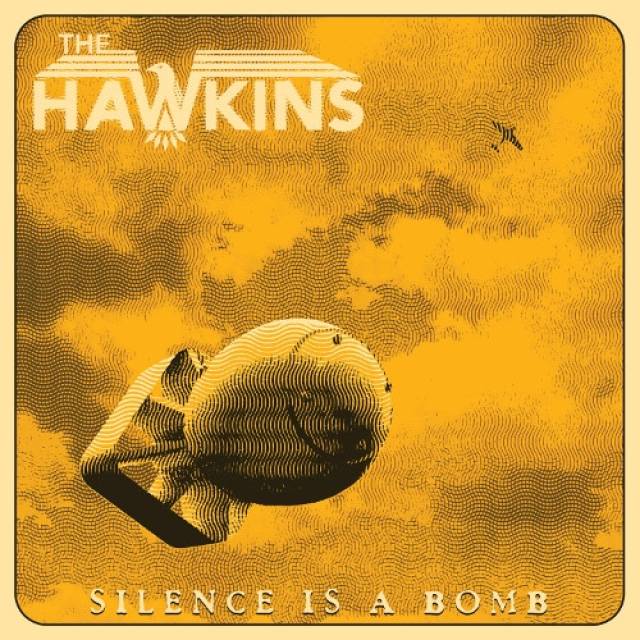 New album "Silence Is A Bomb" out on September 4th!

Flying high with THE HAWKINS! Keeping rock simple in a modern day and age. Just as contagious as the bird flu, the electric band vibrates into the sky. Drums, bass and guitars are just ready to explode. THE HAWKINS are always ready to drop the bomb. But there won't be any silence when this band hits the stage.
What if Queen and nitroglycerin had a love child? Well, that would be THE HAWKINS. With a splendid mix of swing, energy and punk’n’roll THE HAWKINS delivers rock music at its finest. THE HAWKINS could be described as an encyclopedia of modern rock music. Delivering the melodies of Royal Republic, ingenuity of Propagandhi, energy of The Hives, and mixing it all with the vibrant soundscape of Imperial State Electric, THE HAWKINS will make you say “Damn, that song is stuck in my head” after a single listen. This is a pure musical explosion. THE HAWKINS is that band you did not know you were longing for.
Born and raised within a two-square-meter-big Swedish town, the four members have together shared their musical journeys since they plucked their first chords. But the specific journey of THE HAWKINS started back in March 2013. Inside a huge park of local industries, they have built their own Hawks Nest. It is within these four walls of carpets and egg cartons where all the blistering creative magic happens. These four Swedes will take you on a trip through varying emotional landscapes. At times they sound like a sausage on speed as they sing like a pack of beautiful mynah birds. The contrasts between the deeply dark lyrics and the cheerful energy, is arguably what makes THE HAWKINS shine the brightest. Another element that really makes their artistry come through is the small but meaningful details; subtle ambient atmospheres and musical themes throughout their music such as ingenuitive vocal melodies, slick guitar parts and groovy rhythmic signatures.
During the first four years THE HAWKINS kept the ball rolling by releasing EPs and singles while constantly being on the road, playing everything from small venue gigs to some of the biggest festivals in Scandinavia, including Sweden Rock Festival, Metallsvenskan and Peace & Love. They ended the year of 2016 with a huge bang by flying over to Russia to support pop/punk act ”4 Aprils” on a 10 day tour.
THE HAWKINS debut album “Ain’t Rock N Roll” (released via GAIN/Sony Music) entered the world with a superb bang in October 2017. The album included the single ”Fuck You All I’m Outta Here”, a powerful song with a strong anti-fascist message which quickly gained momentum in the Swedish rock scene, securing the band’s role as one the most promising bands of the country. To follow up the bands successful release of their debut, THE HAWKINS started the year of 2018 by going on a 22 day tour across Europe with the fellow Swedish band Corroded. They rocked the stage in Germany, France, Austria, Switzerland and Denmark. Since then, THE HAWKINS has kept rocking and rolling, releasing singles, dealing with broken vanincidents in the overwhelming summer heat of eastern Europe, playing countless gigs and touring in and outside of their home country, and even brewing their own beer - the fresh IPA simply entitled ”Fuck You All I’m Drinking Beer”.
Now in 2020 THE HAWKINS has partnered up with The Sign Records and they’re finally back with a new album entitled ”Silence is a Bomb. Be sure dear friends, foe and Hawkers, it will be a damn good album. 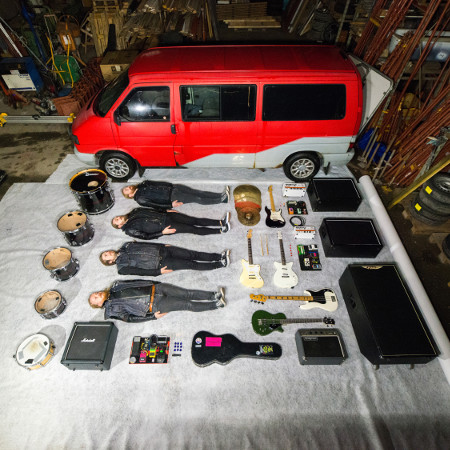