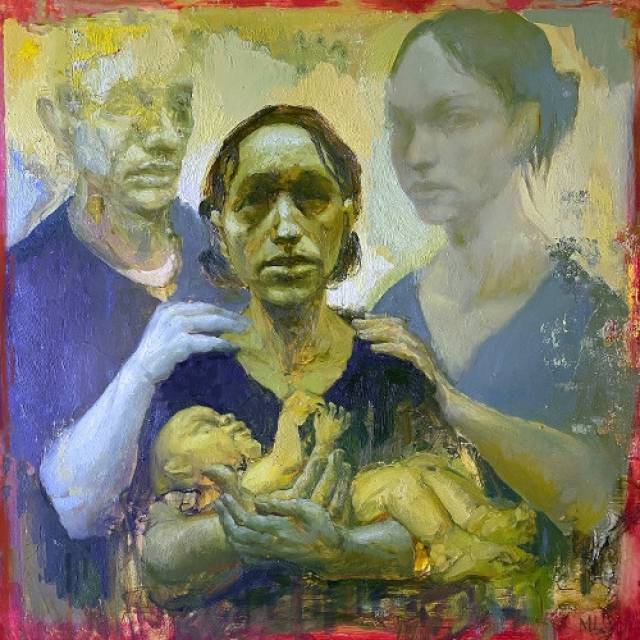 "»Forgotten Days« is us exploring what is natural to us,” says bass player/songwriter Joseph Rowland. “The songs tell me where I need to go when I write. We wanted to focus on songs that were visceral and enjoyable to play live – that our audiences would enjoy experiencing. We’re also getting back to more of the groovier and heavier elements of PALLBEARER. »Heartless« is fairly uptempo and technical. This one is a little more open, it hammers you.”
“This record has a lot of thematic ties to our first record,” Rowland continues “When we were writing »Sorrow And Extinction«, my mother was terminally ill. It’s been 10 years since she passed. It’s taken me all of this time to take a really good look at myself. While we were writing »Forgotten Days«, I knew, ‘Now is the time to sit down and begin to understand who I have become.’”
“Joe and I have always written lyrics separately,” adds Campbell. “But we always end up with lyrics that are connected by threads. I’m not sure why that is. Maybe it’s because we’ve been in close proximity for a long while. Between »Heartless« and »Forgotten Days«, we were home for an extended period of time. I think we finally had time to reflect. Memory is a big aspect of the new record. The passage of time. How things change as perspective changes. Was the past truly the way that you remember it at all?”
The Randall Dunn (Sunn O))), Earth, Johan Johannson) produced album was recorded at Sonic Ranch Studios in West Texas. Michael Lierly, drummer Mark Lierly’s brother, once again created the album’s artwork, crafting images that were roughly hewn yet heartbreaking in their expressive heft. The striking cover is the ideal foil to PALLBEARER’s thick musical and lyrical melancholia.
PALLBEARER is Brett Campbell (vocals/guitar), Devin Holt (guitar), Joseph D. Rowland (bass/vocals), and Mark Lierly (drums). The Little Rock, Arkansas based band formed in 2008 and have since released a trio of albums: »Sorrow And Extinction« (2012) and »Foundations Of Burden« (2014) to »Heartless« (2017). PALLBEARER has received widespread praise with Rolling Stone dubbing their music "beautiful melancholia," the New York Times saying, "PALLBEARER takes the genre’s distorted guitars and dread and adds an ambitious element of optimism," and Decibel, who have twice afforded the band their cover slot, declaring the band’s songs both "majestic" and "extraordinary."