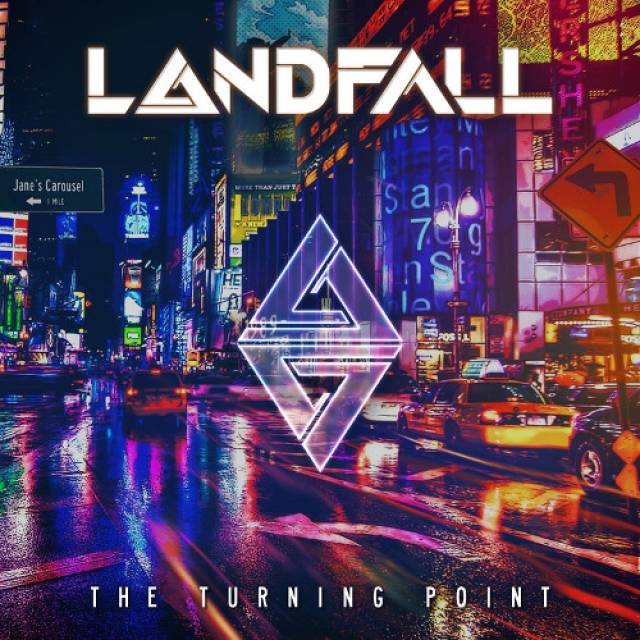 Debut album, "The Turning Point", out on September 4th!

Hailing from Curitiba, Brazil, Landfall's sound can be described as falling between classic melodic rock a là Journey with some slightly heavier influences, such as classic era Dokken, White Lion, and Extreme. The band, of course, is more than the sum of their influences and brings in elements of progressive and hard rock to their melodic rock delivery to create a truly delightful sound punctuated by a singer with a voice that matches perfectly (and powerfully) with the music.
“I should say ‘The Turning Point’ means a lot more than just the album name. Signing with Frontiers is a great example of a real turning point for us in terms of our careers and lives. About the album, the concept was built based on the urban elements of a big city, the urban jungle, the downtown. It drives the listener through these city elements and modern urban themes. All the songs are connected to this universe. Hope you enjoy the ride!“ says Felipe Souzza.
“I’m really glad to be back with Frontiers with a new band and new songs in a new perspective. I believe this is my best album so far. I was really impressed when I met the band for the first time. They are truly amazing, gifted and very prepared to do this with me,” says Gui Oliver.
Landfall was originally started by drummer Felipe Souzza and guitarist Marcelo Gelbcke, who are childhood friends and have been playing together since they were about 15 years old. Some years later, bassist Thiago Forbeci joined up with them, adding new musical input and influences and thus the band decided to go in a new musical direction. They began writing songs, creating their own music repertoire to work off of, and it was during this period that they recorded a few albums together and performed several concerts around Brazil, including opening for acts like Glenn Hughes and Mike Vescera. The guys later joined up with Gui and created Landfall and commenced to work on their magnificent blend of hard rock, melodic rock, and AOR for their upcoming debut album.
www.facebook.com/landfallofficial
www.instagram.com/landfallband