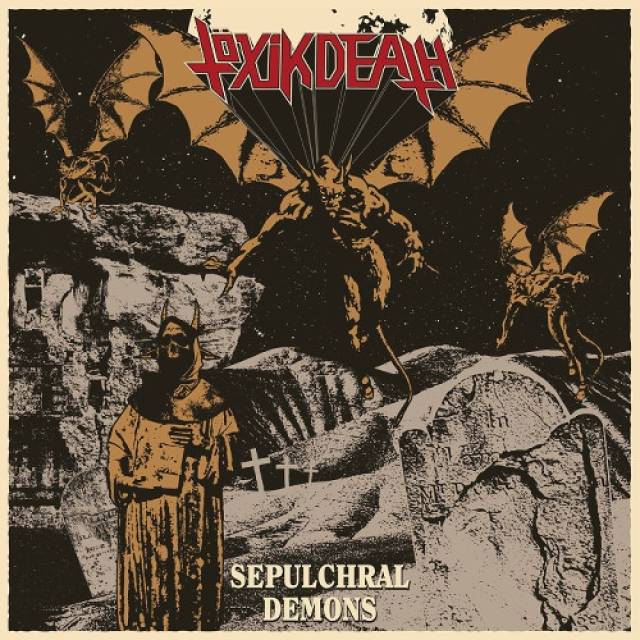 Suffering from several setbacks following the release of their debut "Speed Metal Hell", TÖXIK DEATH found themselves questioning their continued existence, with more than half of the band throwing in the towel before their fight for supremacy really had started.
When the group’s core found a new rhythm section and singer, though, this kickstarted a creative high which resulted in "Sepulchral Demons", the second full-length that any fledgling speed dealer dreams of. Recorded and mixed by Uranoia drummer Anders Krokedal at Elektrosjokk Studio in TÖXIK DEATH’s home town Sandnes, the material was mastered by Patrick W. Engel at Temple Of Disharmony in Germany.
Whereas the cover art, courtesy of Obsessed By Cruelty, mirrors the Norwegians’ love for Slayer and Sepultura, closer ‘Undead Vengeance’ – the first tune written for the album – mercilessly swings the d-beat hammer in contrast to ‘Incantation Of Annihilation,’ a titular tribute to Morbid Angel with fittingly hellish reverb.
Yet make no mistake: 17 years into its career, the quintet is beyond merely citing old masters, forging an individual variant of fast thrash with controlled craziness and the characteristically hoarse bark of its frontman, who leaves most of his lyrics open to interpretation. Nevertheless, those of ‘Malicious Assassin’ and ‘Savage Nights’ tell tales of psychopaths with mullets and baseball bats, respectively Monday morning hangovers… something you surely won’t have after a Sunday evening with “Sepulchral Demons”… 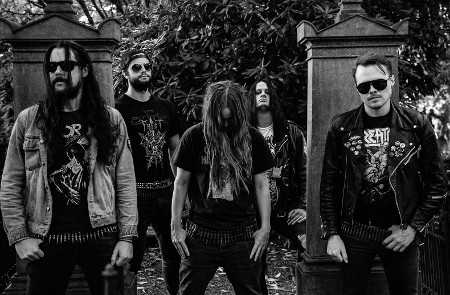