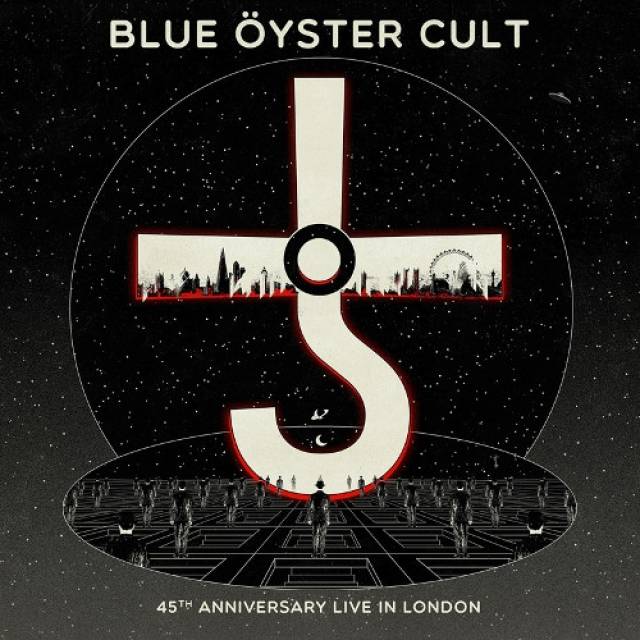 Another special live release from their archives, "45th Anniversary - Live In London", out on August 7th!

In 2017, the mighty BLUE ÖYSTER CULT celebrated their 45th Anniversary with a run of festival and headline dates across the UK and Europe. The band's appearance in London at the O2 INDIGO at the Stone Free Festival on June 17th started with a performance of BÖC's first album in its entirety, a celebration of the 45th anniversary of it’s release. In addition, the band added special select cuts from their catalog to the set.
The full show was filmed in 4K UHD and is another one of a kind archival release which fans of the band cannot miss.
Hailing from New York, Blue Öyster Cult have garnered huge critical acclaim and a dedicated fanbase built on their studio albums, tracks like ‘(Don’t Fear) The Reaper’, ‘Godzilla,’ & ‘Burning For You,’ and their awesome live shows.
"45th Anniversary - Live In London" joins other special 2020 releases from the band including "Hard Rock Live Cleveland 2014”, “40th Anniversary - Agents Of Fortune - Live 2016”, and “iHeart Radio Theater N.Y.C. 2012”.

The band is also nearing completion of their new studio album, "The Symbol Remains," which will be released in October 2020 via Frontiers Music Srl.