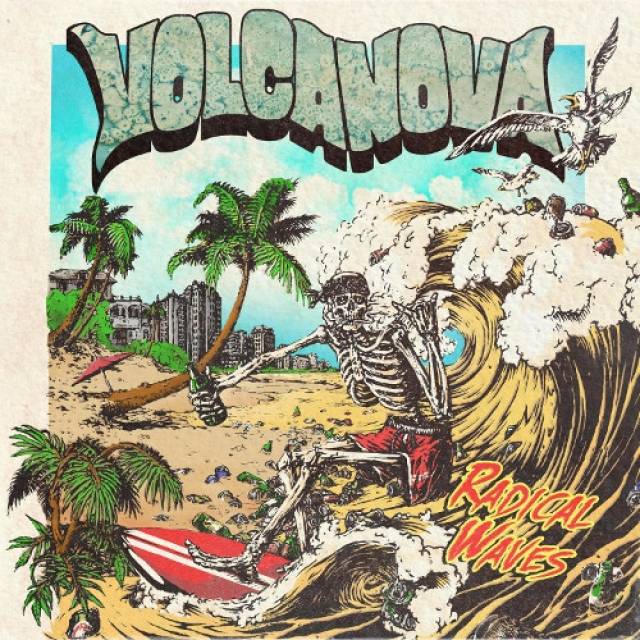 In an alternative reality where Kyuss didn’t get their start in the sun drenched weather of California, but in a cold barren volcanic landscape of Iceland, you would get VOLCANOVA.
Members hailing from 3 corners of this unique island of lava fields, glaciers and hot springs came together to erupt a fresh take on desert rock. Building on this style the band pay homage to classics such as Black Sabbath with big crushing doom riffs while adding virtuosic twists and turns with passages that wouldn’t go amiss on a progressive sludge album in the vein of Mastodon or Gojira. They can turn their hand to thunderous fuzzy riffs in the style of Fu Manchu or some somber moments more alike to YOB. All this coupled with a live show that would made you think that you were in a Red Fang video! In a fake mainstream world where the music industry would rather promote an Ariana Grande single over a Josh Homme release VOLCANOVA will take you on a real and thrilling ride on record or live. There is never a dull moment with VOLCANOVA.
VOLCANOVA was founded in the summer of 2014 with principle song writer Samúel Ásgeirsson on guitar and vocals and after a few lineup changes the band finally settled on a winning formula with Þorsteinn Árnason of (Rock Paper Sisters) on bass and vocals and Dagur Atlason (Churchhouse Creepers) on drums and vocals. The band found an infectious groove and togetherness that would be fitting of a band that had been playing for decades rather than years. With all the members of the band being strong vocalists with their own character, whilst also being able to pull of tight 3 part harmonies, they can keep the listener engaged when they are rocking and rolling!   Uplifting moments with epic guitar solos are underpinned by head banging bass grooves complemented with a tasteful use of cowbell! Having extensively toured their own country, playing Eistnaflug festival and regularly playing high profile support slots in the capital Reykjavik with Elder, Brain Police, Sólstafir and the Vintage Caravan the band have set sights on trips abroad in recent times notably converting the people of Scotland to the cause on two different outings. Whether playing large cities such as Glasgow or playing in the remote highlands they band have made audiences fall in love with their special brand of Icelandic stoner rock wherever they have played. 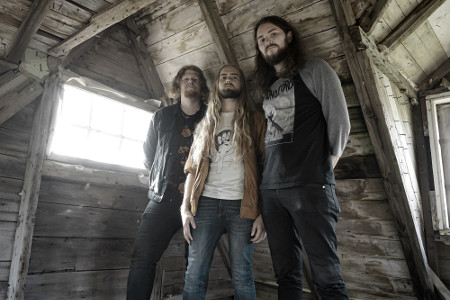 More in this category: « ENTRY SNØGG »