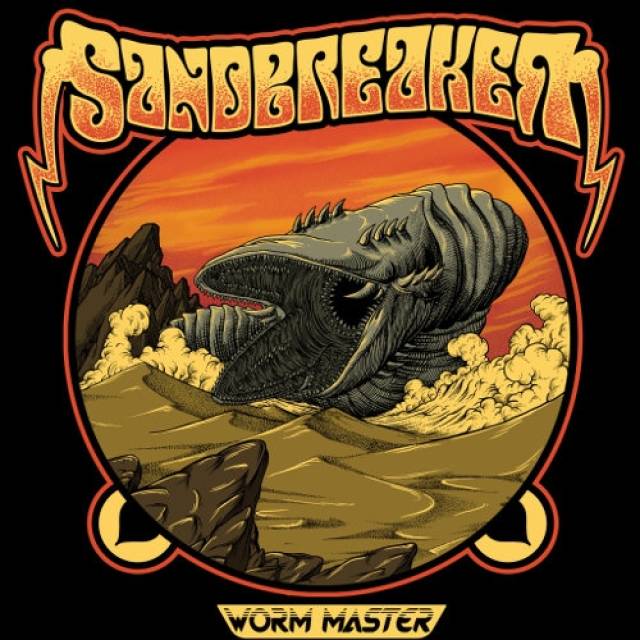 In mid-July 2020, the first longplay by SANDBREAKER from Poland, entitled "Worm Master", will be released. The band, which marked their presence on the death/doom stage last year with a clear accent in the form of their debut mini album "Sandbreaker", prepared material which is even heavier and more raw than before. On "Worm Master", you will probably hear a lot of inspiration from bands like Unholy, Cathedral, Winter, Esoteric or even Electric Wizard, which does not change the fact that the experienced musicians managed to create an album that is thoroughly original and unique on our ground. As far as its assumptions are concerned, the band leader - Doombardier - says:
"Nothing is what it seems. When you understand it, the album "Worm Master" will take on the right context and character! This is an echo of the era when doom and death metal rammed the stage, sounded simple and hard! Don't be fooled by the cover! When you find a grain of sand on your clothes, it means you were taking a ride on the mighty Sandbreaker."
The album was recorded at Soundstitute Studio with Arkadiusz Dzierżawa as the producer. Novaldo Tirta Damara Putra (illustrations) and Mythrone (layout) took care of the graphic design.
The album will be released as CD and in digital format via Defense Records in cooperation with Free Joy Stereo and Mythrone Promotion. Later this year, "Worm Master" will also appear also as 12" vinyl.
https://www.facebook.com/sandbreakerdoom