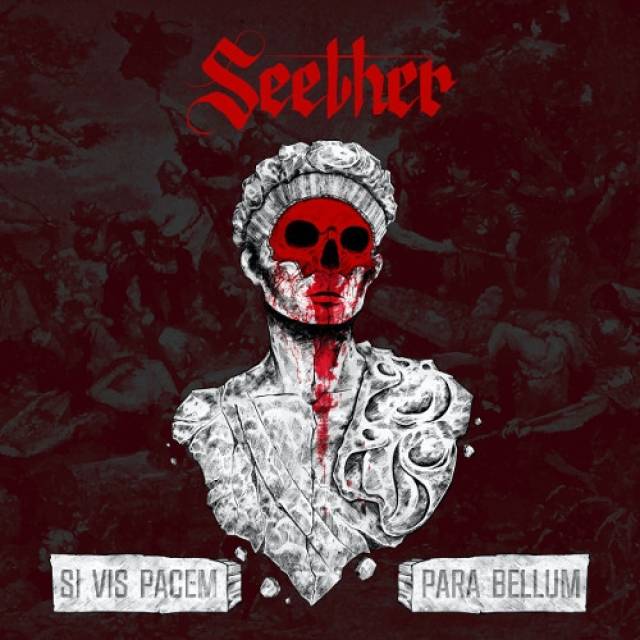 Three years after releasing their critically acclaimed record Poison The Parish, multi-platinum selling rock band SEETHER announces their highly anticipated return with the new album, Si Vis Pacem, Para Bellum out August 28, 2020 via Fantasy/Spinefarm Records. Translating to “If You Want Peace, Prepare For War,” the album features 13 new tracks, a primal mix of euphoria and misery, undoubtedly some of the strongest material of SEETHER’s illustrious career, including the beautifully tormented first single “Dangerous” released today alongside an animated music video created by noted Turkish director Mertcan Mertbilek (Santana, Ray Charles, Ravi Shankar, Elvis Costello).
“These songs are carefully crafted to nestle in your ears like a tiny velvet rabbit clutching a switch-blade,” says front man Shaun Morgan, his flair for vivid imagery on full display. That bold openness strikes a chord musically and lyrically on songs that explore and eviscerate demons both personal and cultural. “This whole album is kind of me going through that process. I’m exposing myself to a degree I’m not normally comfortable with,” he says. “But I think it’s OK. I’m proud to be a little bit more vulnerable on this album.”
Si Vis Pacem, Para Bellum, SEETHER’s eighth studio album, was produced by Morgan and engineered and mixed by Matt Hyde (Deftones, AFI) in Nashville from December 2019 through January 2020. The band is joined on the album by newest member, Corey Lowery (ex-guitarist/vocalist for Saint Ansonia and Stuck Mojo) Morgan’s friend of 16 years, who also assistant-engineered the album. “Corey has a lot of experience and is an inspiring guitarist as well; he’s the older brother I’ve always wanted,” Morgan added. SEETHER’s rock-solid rhythm section is bassist and founding member Dale Stewart, and drummer John Humphrey (who joined in 2003.)
The push-pull on Si Vis Pacem, Para Bellum is as dynamic as it is memorable as Morgan brings his intimate singer-songwriter sensibility to the band’s heavy rock grooves. Drawing on influences including the dark and raw honesty of grunge’s epic guitar attack and the South African underground punk and metal that Morgan (and Stewart) grew up on, SEETHER’s sonic brew is unmistakable and timeless.
The new album’s haunting, unforgettable “Dangerous” is an instant standout. While the band prefers to leave “Dangerous” open to interpretation, lyrics like, “It’s so dangerous all this blamelessness / and I feel like I lost all the good I’ve known” are a passionate and pointed indictment of self and society at large". “Beg,” where Morgan snarls, “See hope fading out of your eyes / This time the pain is going to feel unreal,” is similarly unrelenting. The chorus’s point-blank demand, “beg, motherfucker!” is a primal rock rallying cry. Si Vis Pacem, Para Bellum’s brutal but beautiful lyrics infuse these songs with cathartic urgency like this from the track “Failure,”: “I live my life like a broken-hearted failure / I’m trying to shed some light on the scars left by the razors.”
With touring paused, the ever-active SEETHER has posted a series of on-line sessions via social media featuring band members at home, including livestream Q&As and acoustic performances from Shaun Morgan, cooking instructionals with Dale Stewart, crossfit workouts with Corey Lowery and drumming playthroughs with John Humphrey.
Since forming in Pretoria, South Africa in 1999, SEETHER has amassed a global fan base that has grown organically with the quartet’s sense of purpose and commitment spreading outwards, offering their fans around the world camaraderie, comfort and a sense of personal power. While others of their ilk faded away, SEETHER maintains a strong sense of self, ignoring trends and critics in favor of a consummate devotion to their craft. Their impressive sales and chart history includes three platinum and two gold albums, 15 #1 singles (including 2017’s “Let You Down,” 2014’s “Words as Weapons,” and 2011’s “Tonight”); 19 Top 5 multi-format hits, with US singles sales topping 17 million and over 1.5 billion streams world-wide across all platforms.
They are also creators of the Rise Above Fest, founded in 2012 to raise awareness for suicide prevention and mental illness. Past headliners of the annual gathering include Slash, Godsmack, Avenged Sevenfold, Papa Roach & many more. Since conception, the Rise Above Fest has turned into a broader movement, expanding its presence at additional music festivals around the globe. All SEETHER shows donate $1 of ticket sales to benefit the SAVE (Suicide Awareness Voices Of Education) organization. 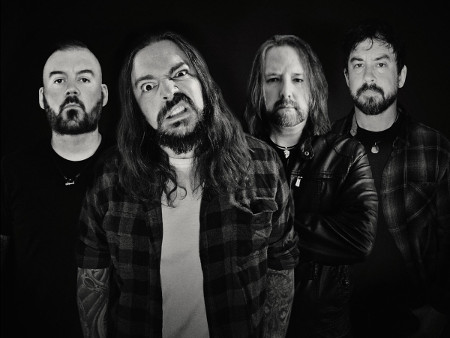