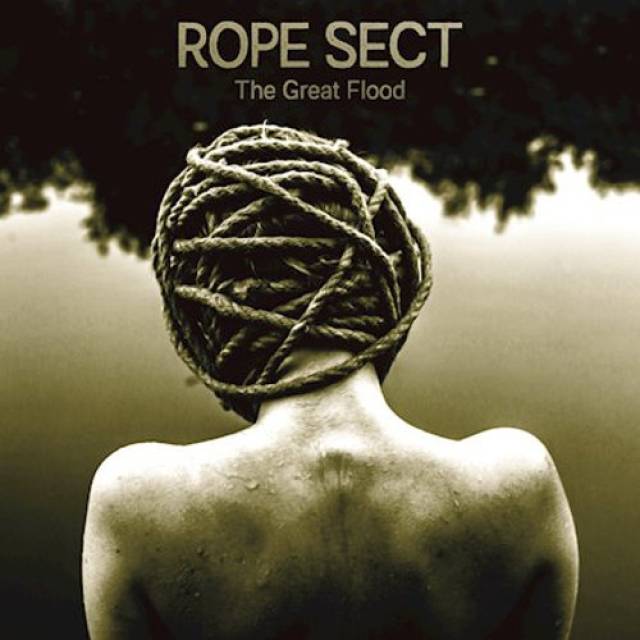 Debut album "The Great Flood" out on August 12th!

Germany's ROPE SECT quietly but auspiciously debuted in 2017 with their first EP, Personae Ingratae, released by IRON BONEHEAD. While something of a "dark horse" for the label, ROPE SECT's disarmingly Spartan style of deathrock soon found fervent followers around the globe, and word-of-mouth momentum built from there. Further proving that there were yet further twists to the trio's idiosyncratic sound, the Proselytes 7" followed later in 2017 for IRON BONEHEAD. ROPE SECT also took the stage thereafter, supporting the esteemed likes of Grave Pleasures and King Dude among others.
With almost graceful ease, ROPE SECT deliver their stunning debut album, aptly titled The Great Flood. Indeed, this first full-length floods the listener with a vast array of sounds and textures, paradoxically pulled tighter and in a more monochromatic manner. It is a record of stark contrasts, subtly drawn together: more delicate vs. more driving, more melody vs. more motorik, shimmering atmosphere vs. clanging minimalism, sharp stabs vs. smooth caresses. Each of these ten songs feels like something old - an old song, an old feeling, an old friend - brought back to life and revamped into a ghost of itself, perversely inviting but portending great gloom 'n' doom. And while there might've been trace elements of black metal across ROPE SECT's prior short-lengths, here on The Great Flood, that's all excised in favor of simply BLACK - and the boundless colors absorbed (and reconstituted) therein. The sum emphasis is on the SONGS, and these are all anti-anthems worth singing...or not. ROPE SECT, now more ever, are existing in their own bleak and brilliantly rarefied world.
And birds of a dark (and rarefied) feather flock together: Mat "Kvohst" McNerney (Hexvessel/Grave Pleasures) contributes lyrics and guest vocals on two tracks. Completed by icy-yet-warm mastering courtesy of Horrendous'  Damian Herring, ROPE SECT's The Great Flood will for sure be a debut album for the (dark) ages. 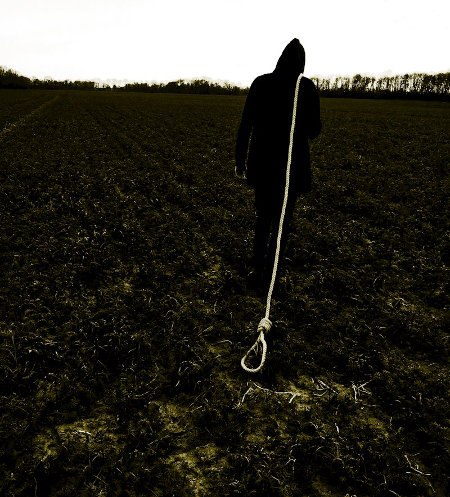 More in this category: « SELENSEAS KALAHARI »