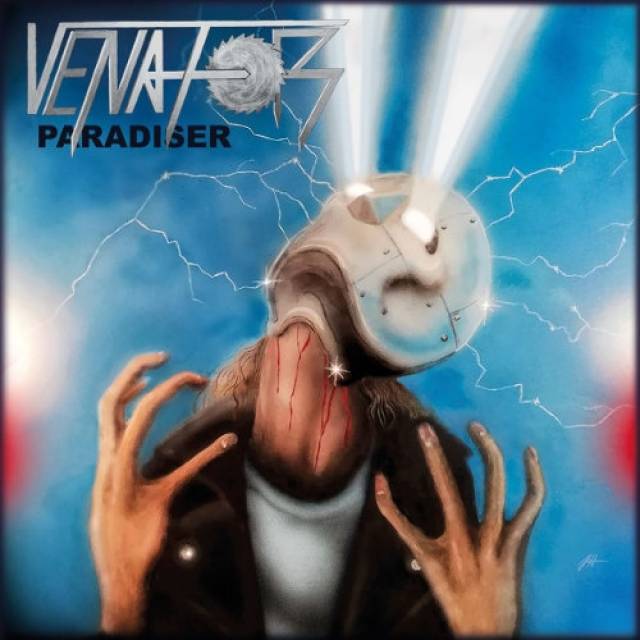 Combining debut demos/EPs by both bands, this split album brings together two exciting new talents in traditional metal on the format so fitting for such: VINYL! On one side is VENATOR’s Paradiser EP. Featuring killer, era-authentic artwork reminiscent of Mausoleum Records’ mid-‘80s heyday, VENATOR’s entry here is three moody ‘n’ melodic tracks which have a subtly anthemic quality; just as equally, one can feel the chill of night blow across Paradiser. The uniquely retro-futuristic production simply accentuates the atmospheric push and pull – and already, VENATOR are hard at work on their debut album for DYING VICTIMS. (The label will also release Paradiser as a standalone CD and cassette.)
On the other side is ANGEL BLADE’s self-titled debut demo, which was originally released on cassette but has created high demand for other formats since. And it’s not difficult to discover why, as Angel Blade literally sounds like a lost demo from 1981: so authentic is ANGEL BLADE’s study of ancient NWOBHM and Scandinavian metal, you’ll be checking the calendar as each of these three shimmering, steel-clad tracks takes a hold.
Together, you’ll be in thrall to VENATOR and ANGEL BLADE’s classic metal mesmerism! 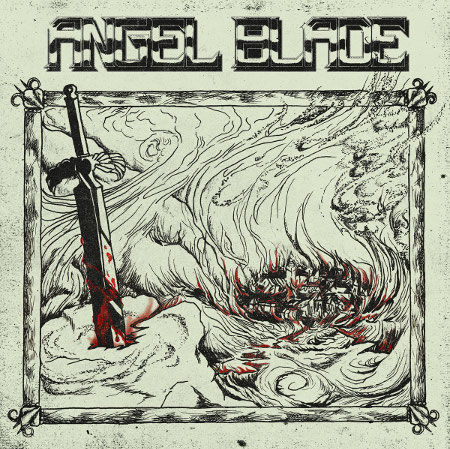