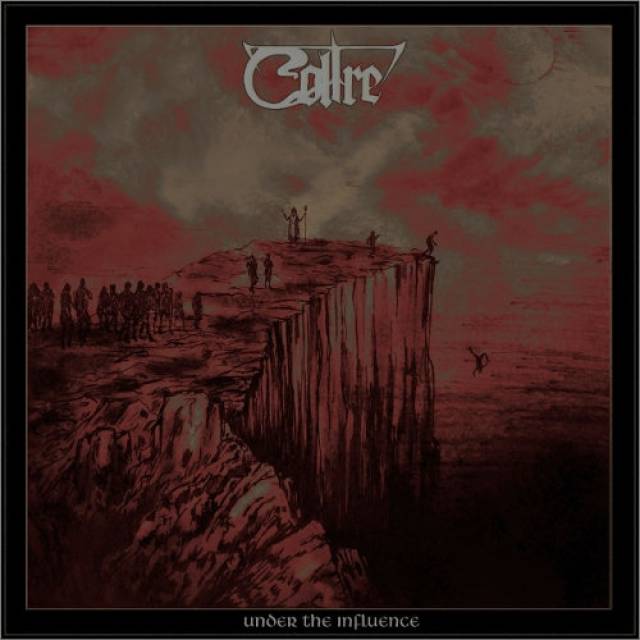 Debut album "Under The Influence" out on July 31st!

COLTRE was forged in London, England by guitarists Daniel Sweed and Marco Stamigna in May 2019. They met at a Midnight concert and decided to form a band inspired by the New Wave of British Heavy Metal. They started rehearsing, and by the beginning of 2020 had recorded the four-song EP Under the Influence, to be released in time for their first gig, supporting Witchtower at Boston Music Rooms.
The band self-released Under the Influence on CD and digital formats, but now DYING VICTIMS steps forward to champion COLTRE’s cause and release it as a five-song work, featuring an exclusive new track. Rough and rustic but brimming with an authentically ancient fire, Under the Influence is moody metallic majesty: dark ‘n’ mysterious riffs, portentously galloping rhythms, epic-yet-direct compositions, and the sage-like pipes of Stagmina atop it all. One could be mistaken for thinking COLTRE were some unearthed relic from the original NWOBHM movement, so hot-rockin’ is their swords-aloft surge, evoking high fantasy and urban grit in equal measure, and crucially retaining that pivotal rock ‘n’ roll thrust Thin Lizzy largely gifted to that movement.
But COLTRE are their own men, and as reverential as they are of these enduring paradigms, Under the Influence is undoubtedly its own creation, its own wild world. You are hereby compelled to go under THEIR influence!