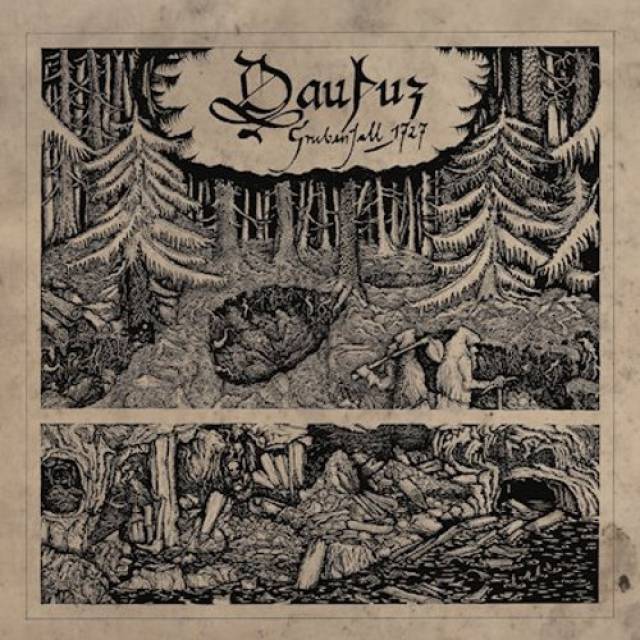 The idea for the project that was to become DAUPUZ was born in 2016, after Aragonyth had accumulated some musical material that did not fit to his main band; it was darker and more direct. He chose the name DAUPUZ for the band, which is Germanic and means "death." A short time later, Syderyth joined, whom Aragonyth already knew from other joint projects. In the middle of the year, the recordings for the debut album already started because they didn't see any sense in a demo.
After some consideration of the thematic orientation Syderyth finally suggested to take up the topic of mining and to enrich the lyrics with the miner's language. Mining is a dark undertaking, in toil and eternal darkness, under stress near self-destruction and constant danger of death, which finally destroys you. Together, they found this unusual concept to be extremely appropriate to the band name DAUPUZ and the already existing musical direction.  The whole range of the mining theme is treated, both real and legendary traditions. Mining is presented in earlier times, well before the 19th century, right up to the beginnings.
With the new three-song/35-minute mini-album Grubenfall 1727, a story that started in 2016 on DAU?UZ' debut album, In finstrer Teufe, and continued on Die Grubenmahre the next year is now completed. A story of pain, revenge, and redemption from the darkness of the mountain, Grubenfall 1727 suitably sees the duo exploring their most epic side: darker than ever, but arguably more windswept and wondrous than their already-enviable canon. Naturally, with black metal being the primary medium, DAUPUZ strike upon tense and terrorizing territory, but one would not be incorrect in hearing a twinge of hope within the mini-album's invigorating expanses - a poignancy informed by that redemption sought (and perhaps found) in their ongoing story. Frequently painted with hues of acoustic guitar, Grubenfall 1727 is the sound of these German black metal kings at their most masterful.
Simultaneously with the release of Grubenfall 1727, AMOR FATI will re-release all of DAUPUZ' previous recordings on both CD and vinyl formats. Go forth and mine the boundless darkness! 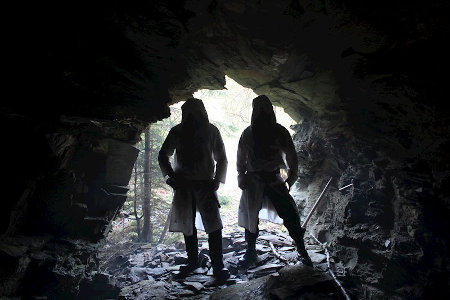 More in this category: « ALMYRKVI / THE RUINS OF BEVERAST VIRTUAL SYMMETRY »