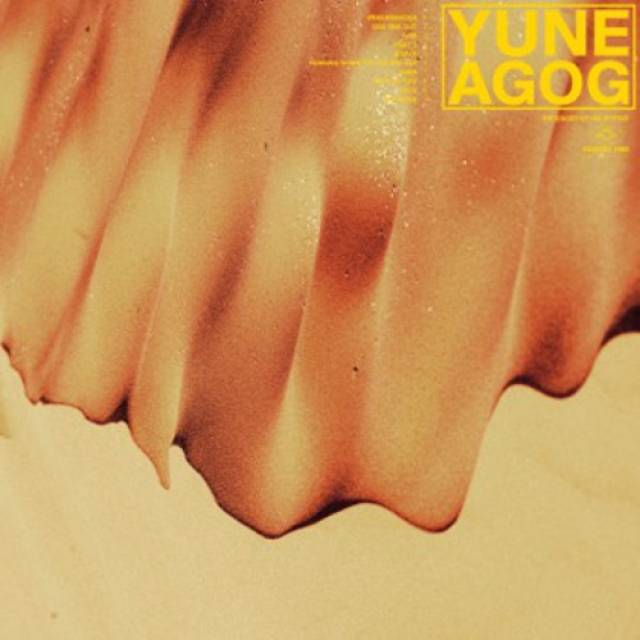 Agog is the debut album from Danish indie quintet Yune made with producer Nis Bysted (Thulebasen, Iceage). Yune has taken inspiration from the Moroccan desert – both thematically and sonically. With basslines like heavy steps in sand, guitar themes that dance around like dust devils, and synths and percussion that shimmer like mirages on the horizon, the lyrics take the listener through seemingly hopeless scenarios that hint at reaching an oasis.
"The desert imagery is open to interpretation; to different frames of mind. For some, it might the heat and the meditative, buoyant feeling of endlessness. For others, it might be loneliness and emptiness that dominates the listening experience," says Yune. "We love this dualistic feeling. It hints at things perhaps not being as they seem; that there’s more to them."
On Agog, Erlend Eggestad and Nikolaj Bugge’s guitars whirl around and through each other like a dust devil across the desert floor, combining Tuareg sleight with a blockier/linear Western sensibility. Synthesizers shimmer like heat in the air, while bassist Mads Flethøj Ege and drummer Tobias Andreassen create a rolling, heavy backbone – a motion that feels as if navigating treacherous ground. Finally, singer Tobias Sachsen moves from shoegazy legato and staccato phrases delivered with an almost casual urgency, as on the earworm chorus of leadsingle Odd One Out, or the mysterious Unna, which culminates in a hazy string climax that feels as if gravity has shifted by 90 degrees, the landscape soaring by you in horizontal freefall.
The album is characterised by a self-assured recklessness. With just four tracks written, the band booked four days in the studio with DIY-veteran Nis Bysted, convinced that it would result in an entire album. And it did. The five members of Yune have wildly different personal and musical differences (one is a doctor, another a plumber, another a blind psychic, the fourth a communist and the fifth an actual dog), but they trust in each other’s musical intuition; they’re comfortable with letting their ideas be molded by one another.
The journey to Morocco, where the videos for singles Odd One Out and Low were filmed, as well as the photos and the album cover, was likewise spontaneous and relatively unplanned. The band knew where they were going and that they wanted to make a couple of music videos, but they had never met the director, Niklas Adrian, before they met in the airport. And aside from the location, the videos were completely unplanned. As on the album, everything was left to the band’s mutual intuition. A common guiding star called Yune. 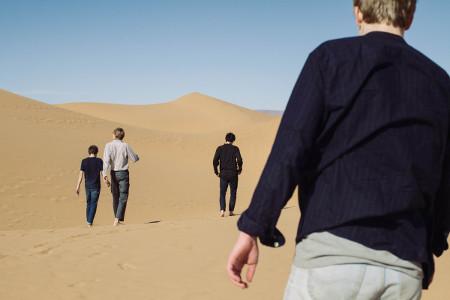