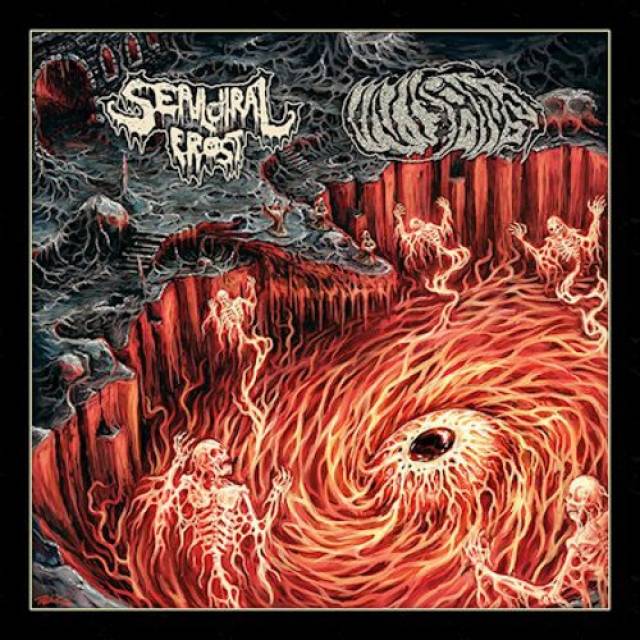 HELTER SKELTER PRODUCTIONS (distributed & marketed by REGAIN RECORDS) is proud to present Death Fire Darkness, a special split EP between INISANS and SEPULCHRAL FROST, on 10” vinyl format.
Featuring 15 minutes of brand-new, exclusive material, Death Fire Darkness also brings together two of death metal’s most promising hordes. Of course, INISANS have been around for a spell, but didn’t release their debut album until 2018. That album, Transition, was a critically acclaimed slice of morbid Metal of Death, and the Swedes here offer two new tracks of churning ‘n’ spurning delirium. Listening to INISANS is like hurling headlong into a hysteric darkness with no end, and the masterful mixing by Temple of Disharmony only heightens that horror. And that’s just a taste of their forthcoming album for HELTER SKELTER! Not to be outdone, SEPULCHRAL FROST offer one epic track, which builds upon their two previous demos. Primitively played by but no means simplistic, their track here hammers with malicious intent, harkening to death metal’s most nascent days, before stylistic delineation and microgenre fetishism, and downshifts into a glorious doom-dredging breakdown that carries through until its crazed coda. ONLY DEATH IS REAL is the message, and it’s being proclaimed loud and clear by SEPULCHRAL FROST. Ever aptly titled, you get nothing but the best Death Fire Darkness on this split 10” EP! 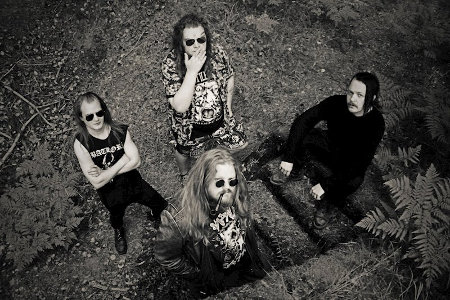 More in this category: « ATAVIST IMPALEMENT »