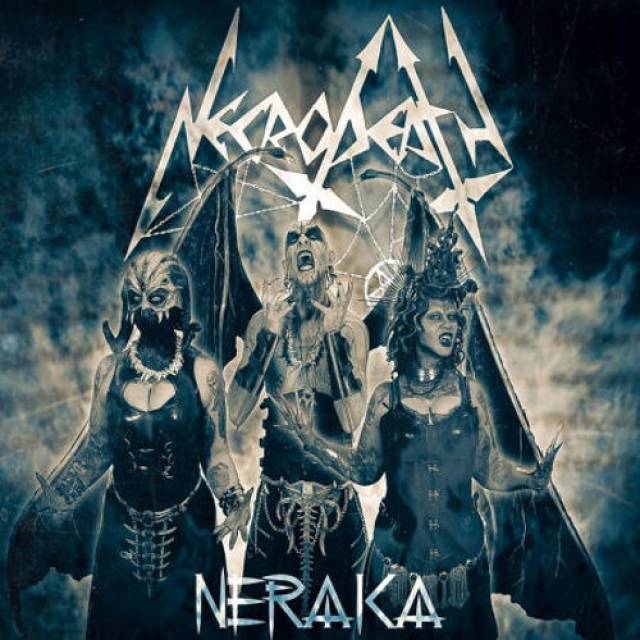 "Neraka” is an infernal journey including five tracks. Three new songs titled “Inferno”, “Petrify” and “Succubus Rises”, one live version of “Flame of Malignance” and one classic cover from Dead Kennedys, such as “California Uber Alles”.
To be released on vinyl, “NERAKA” has been recorded, mixed and mastered at MusicArt Studio in Rapallo (Genoa-Italy), headquarter of NECRODEATH.
About artwork, the band has renewed the collaboration with Jacob Angel (which performed “Metempsychosis” video), and Monica Tomaino, who play on the cover the role behind the titles of new three tracks: the fallen angel, Medusa and one succubus.
http://www.necrodeath.net/