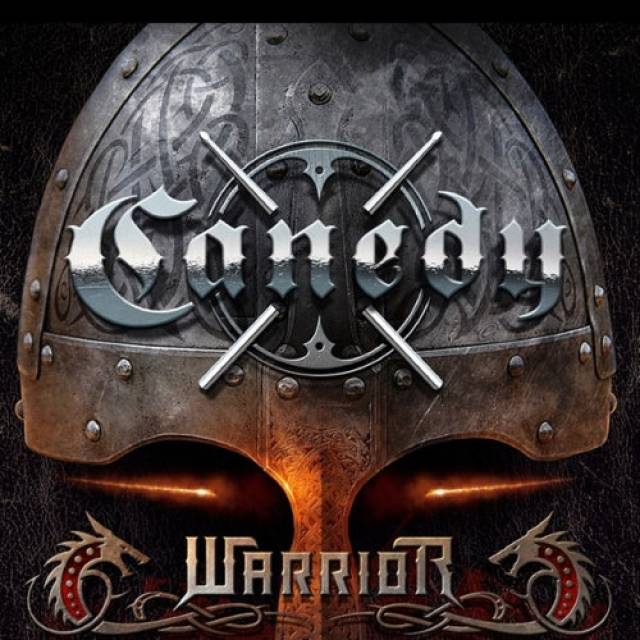 One of the most respected names in all of metal, Carl Canedy, is ready to unveil the latest release by his solo project, Canedy, entitled ‘Warrior.’ Released on May 8th with digital and streaming versions, and on August 7th on CD and vinyl via Sleaszy Rider Records, Canedy is comprised of Mike Santarsiero (lead vocals), Charlie Russello (guitars, synth), Tony Garuba (bass, vocals, cello), and Carl on drums.
“I had been looking for musicians who lived close to me, and who were interested in writing original material,” recalls Carl. “After my first CANEDY album, I wanted my next project to be a true band effort. Tony, asked me if I would do a TV show with him and his former band TLC (Totally Lost Cause). I did the TV show with them, and we all worked so well together we decided to write and record an album. I couldn't have asked to work with more talented guys. Tony, Mike, and Charlie are all great songwriters and musicians.”
“The beginnings of this project was a drummer bailout on a TV appearance,” adds Tony. “I had been playing with Carl in a party/wedding band and he graciously bailed us out, hearing Carl's take on what we were doing planted the seed of things to come. With Carl in the fold it freed us up to let our imaginations run wild – Mike’s vocals have never been better and Charlie’s guitar playing transforms the ordinary into extraordinary. What's exciting is this project was very organic – whoever's the main songwriter the rest of the band chips in.”
Canedy’s name is long-familiar with metalheads worldwide – as he was the drummer for the Rods (and a brief early drummer of Manowar). But it is as a producer that Canedy is most known – as he oversaw the recording of classic recordings by the likes of Anthrax (‘Fistful Of Metal,’ ‘Armed and Dangerous,’ and ‘Spreading the Disease’), Overkill (‘Feel the Fire’), and Blue Cheer (‘The Beast Is Back’) in the ‘80s.
And now, Canedy is putting both his production and artistic talents to good use on ‘Warrior.’ “I am really proud of this album and the fact that we can do these songs justice live. I'm looking forward to people hearing the album and catching a live performance. I'm thrilled to be part of a band that is as strong live as it is in the studio!” The album was mixed by Chris Collier who has previously mixed albums for Korn, Prong and Last in Line.
https://canedy.hearnow.com/