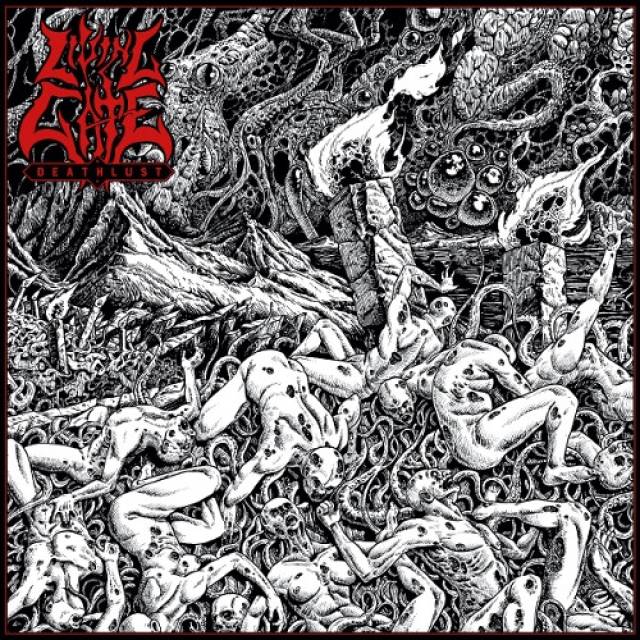 LIVING GATE make their Relapse Records debut with the Deathlust EP coming June 12th. LIVING GATE, featuring Aaron Rieseberg (YOB), Lennart Bossu (Oathbreaker, Amenra), Wim Coppers (Oathbreaker, Wiegedood) and Levy Seynaeve (Amenra, Wiegedood) is an international group of critically acclaimed musicians that was spawned over a shared interest and sincere admiration for a bygone era of classic Death Metal.
LIVING GATE comments: “We got to be a band through a shared love of golden era death metal and are very thrilled to have found a home in Relapse records. A home where people clearly share that same love for the genre and have worked very hard to give the EP the care and attention it deserves! And although we’ve never played these songs together in the same room up until this point, we’ can’t fucking wait to shred through these songs in a live setting.”
LIVING GATE's ethos is wholly defined by the sounds of the underground- purposefully devoid of over-polished, meticulously edited music, and eschewing athletic, sterile musicianship in favor of break-neck riffs.
LIVING GATE puts their emphasis upon unrelenting, raw drums, encircled by menacing riffs and heaving guttural orations. While LIVING GATE strictly adhere to Death Metal's ways of old, the face-ripping tracks such as "Heaven Ablaze" and the deathly title track cement the band in the here and now, and prove that the underground will never die. Prepare for death! 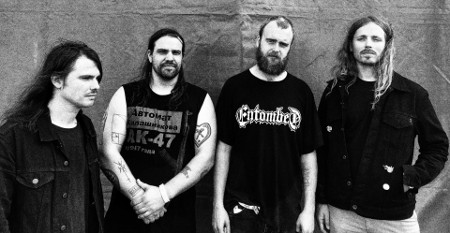 More in this category: « HELLRIPPER CIRKELN »