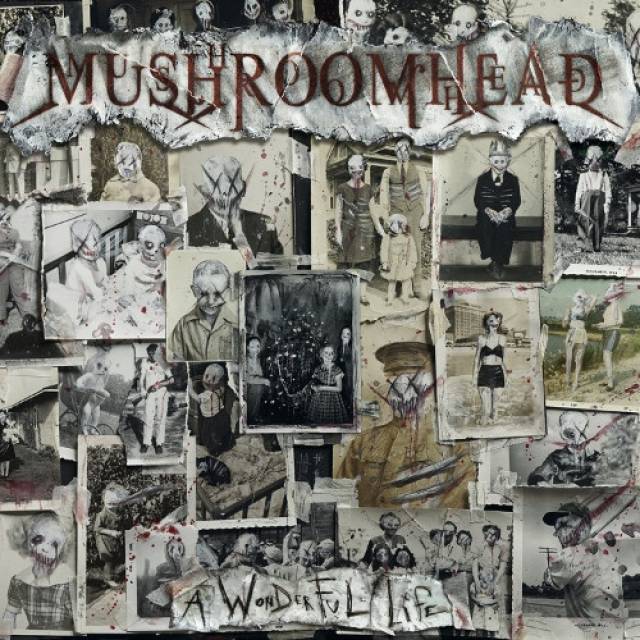 New album "A Wonderful Life" out on June 19th!

For the better part of the past five years, top-charting masked metal machine MUSHROOMHEAD have been crafting the epic follow up to their monumental 2014 full-length album, The Righteous & The Butterfly – waiting ever-so-patiently to drop their next collection of anthems. The Cleveland collective make their prodigious return with the new full-length oeuvre, A Wonderful Life – the eighth release of their benchmark career – via Napalm Records.
Available in several enticing formats, A Wonderful Life clocks in at a whopping 70+ minutes with its four bonus tracks – leaving a total of 17 stellar compositions in its wake for fans to devour. A Wonderful Life is accented by the sharp production of band mastermind/drummer Skinny, as well as the standout mixing prowess of Matt Wallace (Faith No More, 3 Doors Down), also recognized for his work on the band’s classic offering XIII.
At its start, an ominous choir invites the listener into A Wonderful Life – introductory track “A Requiem For Tomorrow” smoothly shifts into an industrial-metal inspired, grooving punch to the gut juxtaposed with a melodic, synth-laden chorus. This sets the stage for stocky, chant-worthy anthems such as “Seen It All” and hair-raising, politically-inclined tracks like “The Heresy” and “Carry On”, both featuring the sinister multi-voice attack of new full-time vocalist Ms. Jackie and returning longtime vocalist J Mann, with an extra strike from aforementioned new vocalist Mr. Rauckhorst on the latter. Tracks like “What A Shame”, “I Am The One” and “Madness Within” will prove a treat for new and diehard MUSHROOMHEAD fans alike – providing the macabre inspiration followers have come to crave with a weighty dose of galloping drums and bone-rattling guitars, to boot.
MUSHROOMHEAD attacks track after track with a refreshed focus, delivering a carefully-curated selection of certified future hits. A Wonderful Life re-cements the band’s position as one of the most consistently impactful heavy bands of our generation. 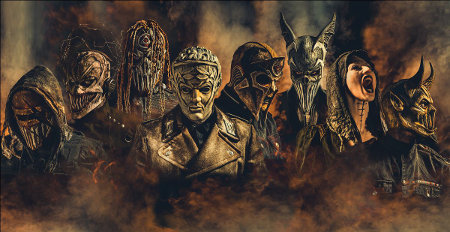