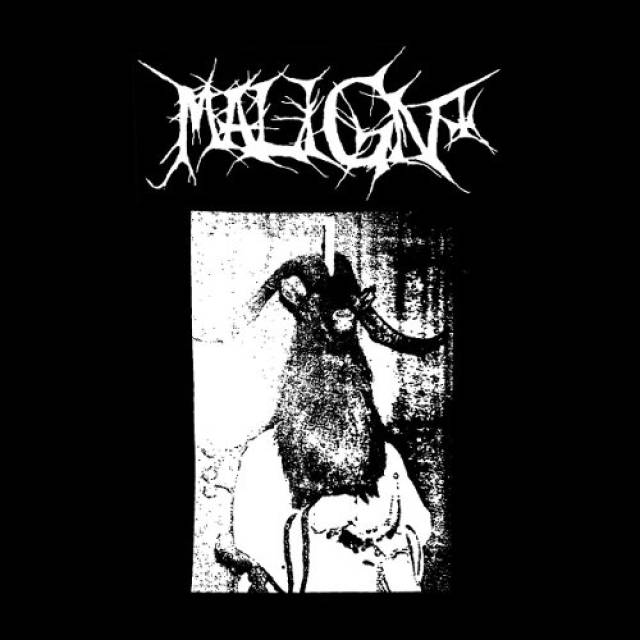 SHADOW RECORDS (distributed & marketed by REGAIN RECORDS) is proud to present MALIGN’s classic Demo 1/95 on CD, 12” vinyl, and cassette tape formats.
It was that pivotal year of 1994 when some restless teenagers from Stockholm formed MALIGN. Years before they become the cult progenitors of the orthodox black metal style so ubiquitous across the world, MALIGN had humbler origins with their first demo recording, Demo 1/95. Indeed recorded in 1995, the original four-song tape brimmed with the fire of youth and the electrifying excitement of the times. For however “mainstream” so much of black metal’s second wave was becoming, there stirred a counter-movement violently opposed to these perceived transgressions against black metal’s noble ethics, and MALIGN were surely among those driven-to-action acolytes.
While it would be charitable at best to suggest that Demo 1/95 was the brightest torch set to burn down those lost pillars, MALIGN’s first public recording nevertheless possessed the kindling that would a few years later result in their pivotal Fireborn EP for a then-young SHADOW RECORDS. As equally aggressive as their later, far-more-known works but not as melodically developed, the MALIGN of these early days could be likened to fellow SHADOW alumni SORHIN, who were certainly on a tear at that point; by comparison, though, MALIGN’s attack went even dirtier and even a bit deathly at points. By the band’s own admission, they were still trying to find their way, their deepest meaning of BLACK METAL in practice and in deed, including an understanding of occultism beyond referents tied to simply black metal as music.
Now, some 25 years after its original release, SHADOW RECORDS presents an expanded edition of Demo 1/95, including the full version of the original demo as well as alternate versions of each song, some even from 1994. The vinyl version will include a massive 24-page A5-size fanzine featuring an in-depth band history, describing the first chapter of MALIGN’s history and what led to their formation, all straight from the source itself. THE PAST IS ALIVE! 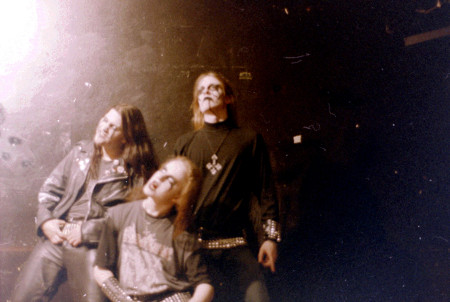 More in this category: « OCTOBER FALLS THE DOGSHIT BOYS »