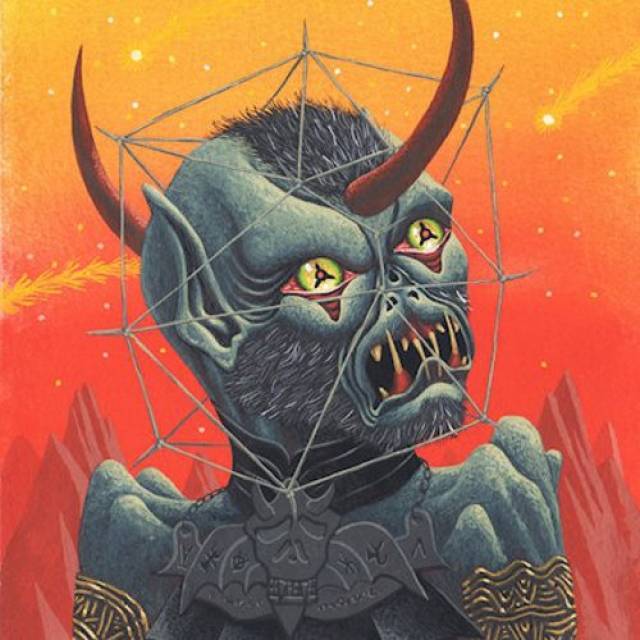 New album "Eternity Of Shaog" out on May 22nd!

One year after the release of “The Telluric Ashes of the Ö Vrth Immemorial Gods”, France's ESOCTRILIHUM return with a new and majestic work, “Eternity Of Shaog”, where the band's unique black/death metal style reaches new peaks of dark visionariness and overwhelming intensity. Sole member Asthâghul has injected new lifeblood in his creature by emphasizing the symphonic and mystical aura of the compositions, once again dense, complex and meticulously crafted. Infectious violins, piano and synths are skilfully blended with scorching guitars and mesmerizing melodies of cosmic proportions, often overflowing into raging melancholy or a delirium of omnipotence.
The concept behind “Eternity Of Shaog” is one of psychic transmutation and demonic possession, and further explores the ill worlds of the immemorial gods to form a diptych with the previous album. Through a series of songs/gateways, the listeners are conducted in front of Shaog Og Magthoth, the most unfathomable among the Sovereigns of Nothingness, introduced by ESOCTRILIHUM on the "Pandemorthium" album and reminiscent of Lovecraft's Ancient Ones. In the context of this fantastic, elusive lore imagined by Asthâghul, Shaog is an omnipotent god living an endless and solitary existence outside of time and space; a hungry wild beast from a nightmarish dimension watching us with gnashing teeth, like the space vampire on Alan Brown's mind-blowing cover painting. Shaog resides at the centre of an empty, dead universe, imprisoned in a cage of monotonous desperation from which he tries to escape by possessing the unsuspecting voyager who ventures into his world of ruins through dreams...
On closer inspection, Shaog is nothing but our evil self from the other side of the mirror, a metaphor for both the insanity hiding in man and the solitude of the artist. And of Asthâghul in particular: like an involuntary medium, he “receives” the blackened death metal music of ESOCTRILIHUM from unspeakable forces lurking in the dark corners of his mind, negative energies that leak out from its cracks and drip onto our reality. 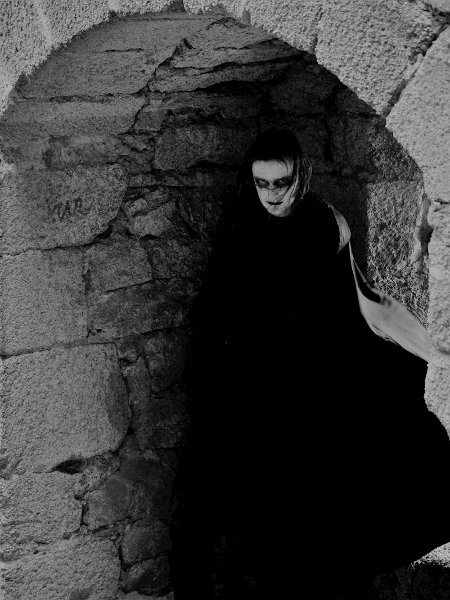