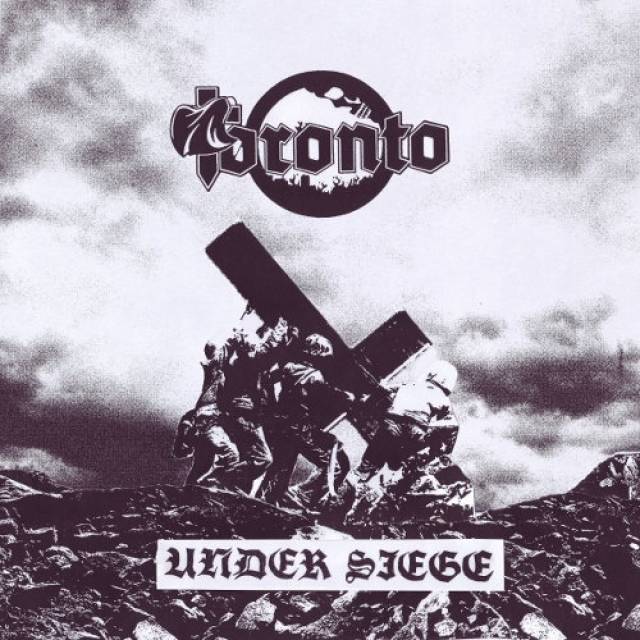 Hailing from Sweden, TØRONTO formed in 2017, partly out of the ashes of the sorely missed Morbus Chron – vocalist/guitarist Edvin Aftonfalk and bassist Dag Landin, here under the stage names Eddie Flawless and 79-83, respectively – and also powerhouse drummer Leo Ekström Sollenmo, from the well-respected Lethal Steel and Temisto, under the name Lt. Oxtreme as well as one Seb Cyborg on guitars. With this lineup in place, the quartet released their debut demo in 2018 and then the Nocturnal High tape on DYING VICTIMS later that year. That latter title alone suggested that something strange ‘n’ salacious was indeed afoot…
And it is! Wanna get nocturnal higher? Then become Under Siege! Encompassing the strides they made across their two demos, TØRONTO’s first longer-playing record is a rush of weird ‘n’ wild speed metal heavily informed by hardcore punk. Put simply, one could imagine the sound of Under Siege as greased-up NWOBHM colliding headlong into early Razor and Warfare, but overseen by Inepsy, mid ‘80s Discharge, and even Howard Benson-era Motörhead. Shit shreds, fast and free, each raucous-yet-rockin’ section charging into the night but equally exuding an unselfconsciously subtle minimalism that somehow gets these eight bangers over and done with in an average of barely two minutes each. Put another way, one could also imagine the zombified spirit of Morbus Chron holding court here, in the sense that that band both embodied and defied death metal; TØRONTO similarly does such with speed metal, but again renders it into an alternately ideal/oblique form that’s entirely theirs – and this is just the start.
While maybe not as off-the-wall weird as GISM’s NWOBHM/noise mélange M.A.N., TØRONTO are treading comparably rarified ground with Under Siege, and their trajectory into the strange is assured. Get with their program or get out of the way!